Dawn of the Planet of the Apes: Behind the Scenes 3D featurette

For the movie, a trailer, some set pics, a few posters and some TV spots have been released, all raising the excitement for this film. Today we were given a 3D behind-the-scenes featurette. It gives us a look at how 3D is being incorporated into the film and tells us exactly why it should be seen in 3D. It also shows us a quick look behind the scenes with the motion capture aspect, showing us that they are in fact raising the stakes. In Rise, it was the first time motion capture had been done completely outdoors (Golden Gate Bridge scene). In this film, they are using motion capture in weathered environments (rain, river banks).

The featurette is interesting and well made. It gets me even more excited for the film. My only problem with it is that it is only a minute long. I am anxiously awaiting the arrival of a true look at the art behind the performance capture with the apes (which will probably come with the Blu-Ray release). This movie is looking like it is going to be really good. 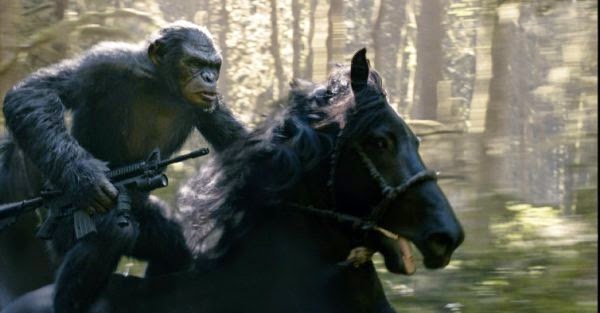