Josh Brolin will play Thanos in "Guardians of the Galaxy" 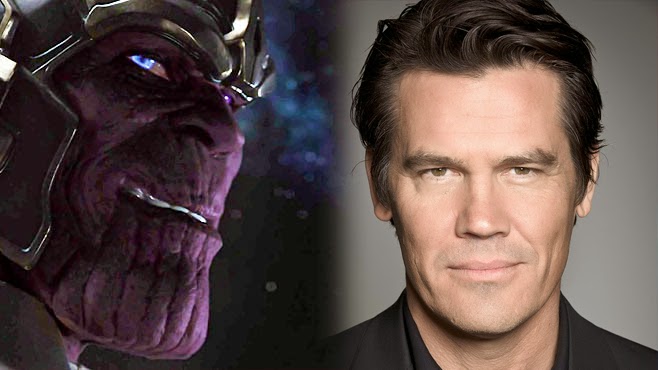 In the mid-credits scene of 2012's The Avengers, we got our first look at the overarching villain mastermind of the Marvel Cinematic Universe: Thanos! We all thought that Thanos and the Infinity Gauntlet storyline would be the premise of the Avengers sequel--until it was announced that it would be called The Avengers: Age of Ultron, ending those assumptions. With the general thought being that Thanos would be the villain of the third Avengers movie, we learned that he would appear in the upcoming Guardians of the Galaxy film, which makes sense since it takes place almost entirely in space where Thanos lives. The main villain of the film, Ronan the Accuser, is the son of Thanos. And also, Gamora (Zoe Saldana) is raised by Thanos. In the mid-credits scene, Thanos was mo-caped by Damion Poitier however it was assumed that he would not be the official Thanos. The big question was who would play the character in Guardians of the Galaxy and the third Avengers film... and now we know.

Josh Brolin has been announced to be playing the character. It was first published by Latino Review, then confirmed by Variety. Nothing's official until the studio or Brolin himself confirms it, but with Variety reporting this, it is most likely true. I am indifferent to the casting. I have never been particaly interested in Brolin before. I never liked him but I never disliked him. What's more interesting to me is that they announced it so late. Does this mean Brolin is only providing a voice, or did they just keep it a secret all this time? We know Marvel loves its secrets.

More importantly, what do you think of this. Was it good casting? Was it bad casting? Leave your thoughts in the comments section.