Andy Serkis talks Dawn of the Planet of the Apes: Themes, the New Ape World and more 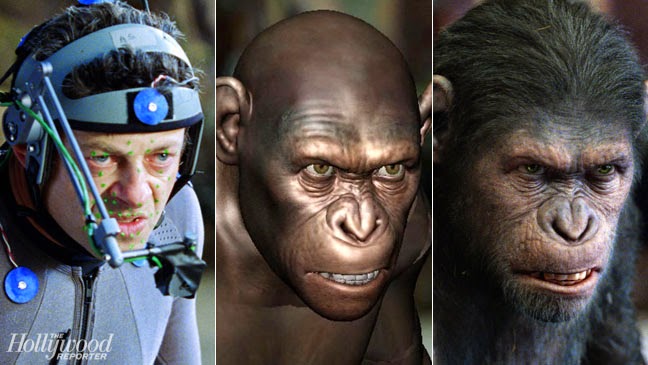 “It sets up a world where you’re finally in a beautiful, utopian Garden of Eden really, that is suddenly shattered in a violent and dramatic way. Caesar ten years on since yesterday, he’s galvanized all these tribes of apes, and it’s succeeding, it’s working. The next generation is becoming educated; the design of their community reflects their intelligence. They are resourceful, they can build aqueducts, they have plentiful food supplies, they respect each other as different species: Gorilla, Orangutan, Chimpanzee can all speak equally and communicate equally. Until the arrival of human beings, who, by the way, are not the villains of the film! They are also a species who are very much suffering from being almost completely wiped out.”

Serkis also went on to talk about the themes of the new movie and how it'll weave into the planned sequels:

“I think these films were always about civil rights, and I think that metaphor carries through and resonates with audiences worldwide. Why do you think the Apes franchise has endured so long? Because anthropomorphizing is something that we do, even with our pets, and we do that because we have grown further away from animals and are encouraged to see ourselves as an elevated species; when in fact we could learn quite a bit more from animals. And we learn so much more from apes, because they are so close to us genetically. I don’t think there’s one specific metaphor; when Rise of the Planet of the Apes came out, the Arab spring was happening, there were riots in London, there was an attitude of real unrest and people wanting change, and being oppressed, and standing up and saying, “I’ve had enough,” and not knowing what’s going to happen next. And we’re still in the throes of that worldwide. The beginning of this movie is setting up a society, which may or may not work but seems to be working, until something else happens that conflicts with that.”

What do you think about Andy Serkis's comments? Are you excited for Dawn of the Planet of the Apes? Leave your thoughts in the comments section.