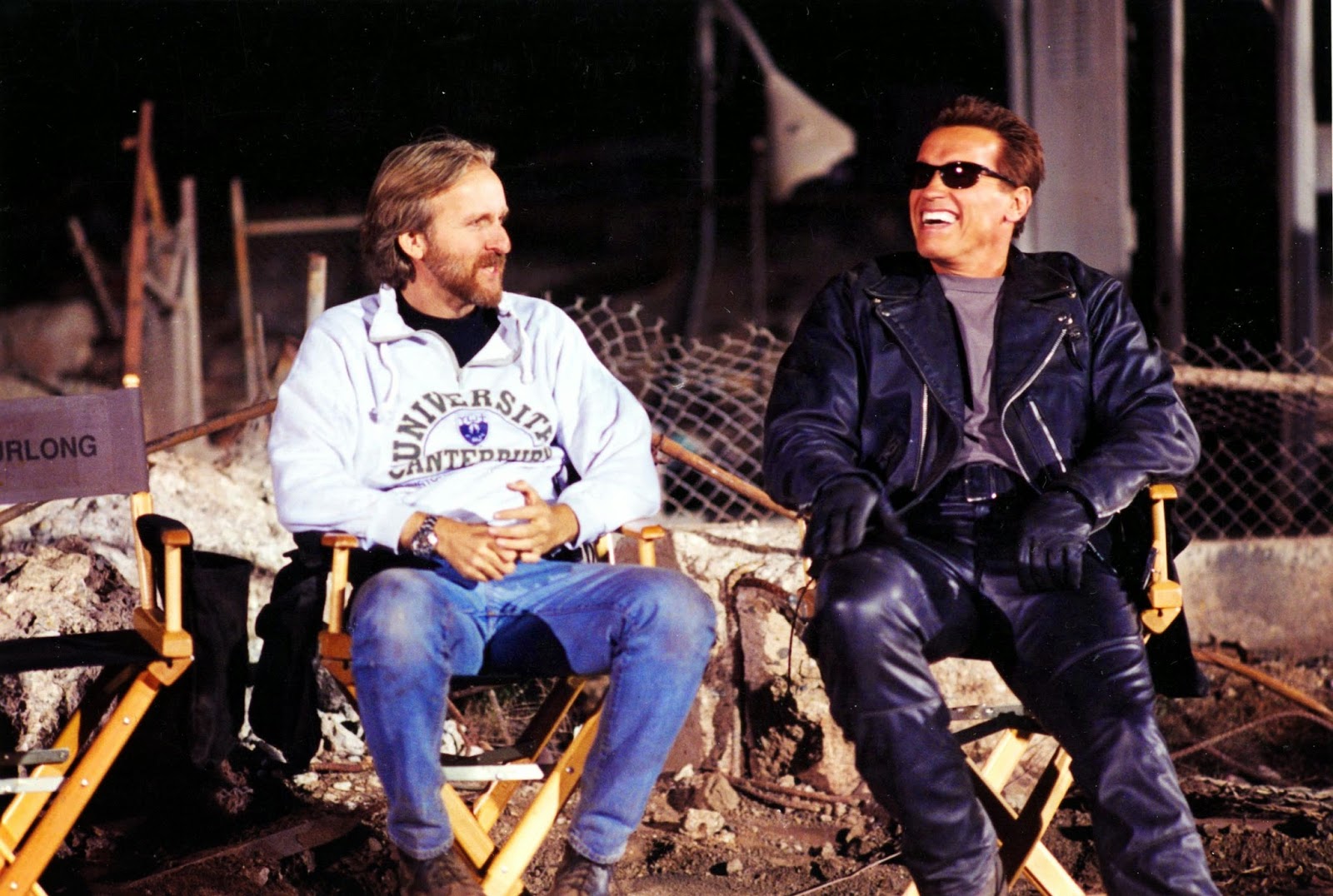 As many of you know, director James Cameron is the creator of the Terminator franchise and the writer/director of the first two films (and pretty much the best movies of the franchise so far). There's been a lot of news surrounding the upcoming fifth installment in the franchise in Terminator: Genesis. With original actor Arnold Schwarzenegger's return to the franchise, many have wondered if Cameron would have any involvement. In an interview, Cameron talked about this, specifially on his thoughts about a sequel/reboot to his beloved movie:

"I pay attention to [the new Terminator films] but I’m not terribly concerned about it one way or the other. I’ve had to let it go. There was a point in time where I debated going after the rights. Carolco Pictures, the company that produced Terminator 2, was failing and in bankruptcy and the rights were in play. I talked briefly to 20th Century Fox about it. At a certain point, I think I was finishing Titanic at the time and I just felt as a filmmaker maybe I’ve gone beyond it. I really wasn’t that interested. I felt like I’d told the story I wanted to tell. I suppose I could have pursued it more aggressively and gone to the mat for it but I felt like I was laboring in someone else’s house in a sense because I had sold the rights very early on."

It's interesting to hear how he's not very bothered by all the sequels and possible reboots to his beloved film coming out. On whether he had any involvement, he answered:

"My goal in that was not to insinuate myself artistically but to try to make sure they stayed true to the Terminator character and the idea of Arnold being in it. Because he’s a friend of mine and we’ve been through all the wars together and everything. And I wanted them to see the possibilities I saw for what they could do with this character. And then David Ellison took the project over from Megan and he and I met a couple times. And so Arnold is very much front and center in the new Terminator films. So I might have had some tiny effect on it — but obviously they had to make the right financial and creative decisions themselves so I’m not trying to take credit for the film that they’re making but that was my goal in being loosely attached to the film but I won’t have any credit on it."

What do you think on his comments? Should the studio have left the movies ending with Cameron's last film, or are they smart in continuing it? Leave your thoughts in the comments section.