Get Ready For It: A Live-Action Dumbo film is coming, written by the guy behind Transformers! 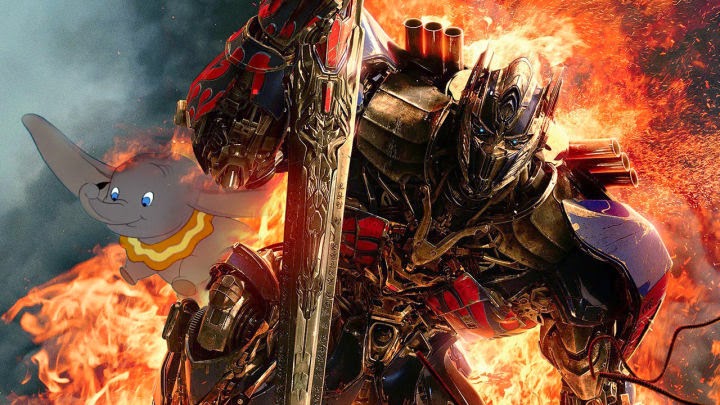 It's not a typo. Your not reading it wrong. Disney is actually developing a live-action Dumbo film... written by Ehren Kruger, the writer of the past three Transformers movies, The Skeleton Key and Blood and Chocolate. Let's break this news down:

#1- They're making a live action Dumbo movie. Disney has had success with adapting their popular animated cartoons to live action, most recently with Maleficent (read our review here). So the formula of adapting cartoon to live action has been working, but will it work with a story like Dumbo? Dumbo centers around a circus elephant that is made fun of for having large ears that enable him to fly. The majority of the characters in this film are animals as opposed to humans. What worked with the adaptation of Snow White and the Huntsman and Maleficent is that they took animated people and made them live action. If you're adapting Dumbo, your taking a cartoon animal and changing it to a CGI animal. The difference isn't nearly as radical. It seems that it isn't as much of Disney having a great place to take a Dumbo story, but rather that they want to quick cash in on the Maleficent success.

#2- The Transformers writer is doing it. This is probably one of the most mismatched writer/project combinations I have ever seen. Nothing in his past has shown that Kruger can write a G-rated kids film... or that he can write at all. Yes, all the Transformers movies have made truck-fulls of money but it's not because of the script. Transformers are known for their awful script and cringe-worthy dialogue. And if you look at Kruger's past projects, nothing has been remarkable good and most have fallen under PG-13 or R rated movies.

So, not only am I not on-board with a Dumbo live-action treatment, but I am even further turned off with the inclusion of Ehren Kruger as the writer. Nice try Disney.

What do you think? Is this a fantastic idea? Do you agree with me? Leave your thoughts in the comments section.

*If someone can take the picture of Optimus Prime riding Grimlock and photoshop Dumbo in there instead and send it to themovieparadise999@gmail.com, you will be praised for your efforts*