Matt Reeves talks Dawn of the Planet of the Apes 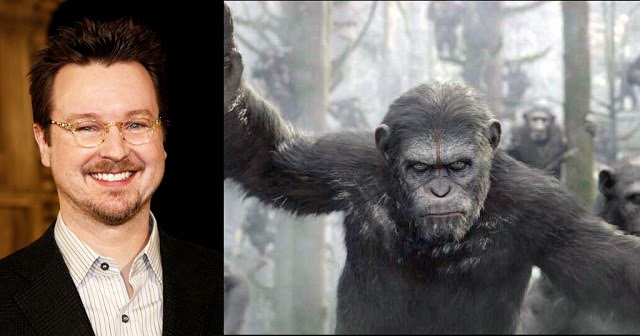 Dawn of the Planet of the Apes is only days away from its release on July 11th and director Matt Reeves has been talking about the movie. In an interview with Screen Rant, Reeves revealed some interesting information about Apes, and how he got the job.

“When I came in to meet with the studio, when they approached me about doing the film, they pitched me the story that they had… and it didn't center on Caesar. It started in the post-apocalyptic city… and there was this story in the city and the apes were actually very articulate, they already could speak very, very easily. I was like, ‘Oh… Well I don’t think this is the movie for me… This is just not what I would do.’ And so they said, ‘What would you do?’ And I said, ‘I think you need to keep on with what you did. You created, in Rise, a hero in Caesar, and if I were going to do this movie I’d want it to be Caesar’s movie through and through. I think the secret of Rise is that it ends up being an ape’s point-of-view movie. I think now that you've done that, you've earned it, this movie should declare itself right from the beginning as being his movie. It should start and end on him.'”

We've seen the human perspective in so many movies, some of the recent one's being Godzilla and Transformers: Age of Extinction, when what everyone came to see in those movies was... you guessed it: Godzilla and Transformers, not the humans. While people have been raving about Apes, one thing that has been stated is that the beginning of the film is comprised entirely of apes. Humans don't even enter the story until the 20 minute mark.

Apes has also been said to truly elevate the technology of motion-capture performance. The film's predecessor, Rise of the Planet of the Apes, was the first film to use mo-cap outside of a studio (specifically in the Golden Gate Bridge scene) but Dawn has gone even further. Apes can now be seen running through thick woods, with wet fur and the realism increased exponentially. However, an ongoing debate over mo-cap has been whether performances using this technology should be contenders for Academy Awards (for acting categories). Everyone seems to have their own opinion in the debate and now Reeves has added in his thoughts on the matter.

Well, if you ask me, of course I’m going to say yes, because I worked with them intimately and I know what they were as actors …  Most of the time, what I’d been looking at for the past year is just those performances. I’ve been looking at Andy and Toby [Kebbel] and the other ape actors and the other human actors … I’ve been looking at their performances intimately for a year, in addition to the year that I spent with them when we were rehearsing and shooting the movie. I think that the two of them are incredible. Andy and Toby are two of the best actors I’ve ever worked with. I think they are incredible.

"A lot of people say, “Oh, well, but there’s a thing going on. It’s a device. The device is giving part of the performance.” It’s not actually true. You can’t have Caesar or Koba without Weta. It doesn’t exist. They create that. But you don’t have the heart and soul of those characters without Andy and Toby. If you are responding emotionally to their performances in whatever way, you are responding emotionally to Andy and Toby. And the genius of what Weta does is that it takes equal artistry to take something that is the performance of an actor and then find a way to make it translate onto the anatomy of an ape which is entirely different from their anatomy. Andy’s face doesn’t look like Caesar’s face. Toby’s face doesn’t look like Koba’s face. Their bodies, their arms are different lengths. And all of these things are part of the illusion. Then there’s the hair simulations and the skin and all of this amazing stuff that Weta does. But all of that follows from the performance in terms of the emotion.

"People have said, “Maybe there should be a special category.” I’m saying “No, there really are two categories already that fit. One is best performance by an actor, and that is what Toby and Andy do. And then there is sort of best visual effects, and that is what Weta does.”

Reeves does make some interesting points on the subject. What do you think? Should mo-cap performances be contenders for the Oscars? Do you like the idea of an ape-centric film over a human-centric? Leave your thoughts in the comments section.