Marvel's next risky project, Ant-Man began filming not too long ago. The film was at Comic-Con this past week, revealing a small trailer even though they had yet to begin filming. There has been a lot of controversy surrounding the project, mainly with the departure of director Edgar Wright, who had been apart of this film since before the first Iron Man movie came out. Yet, with the recent success of Guardians of the Galaxy, a risky and unknown project (you can read our review here), more confidence in Ant-Man has returned. Today, the first still from the movie was released: 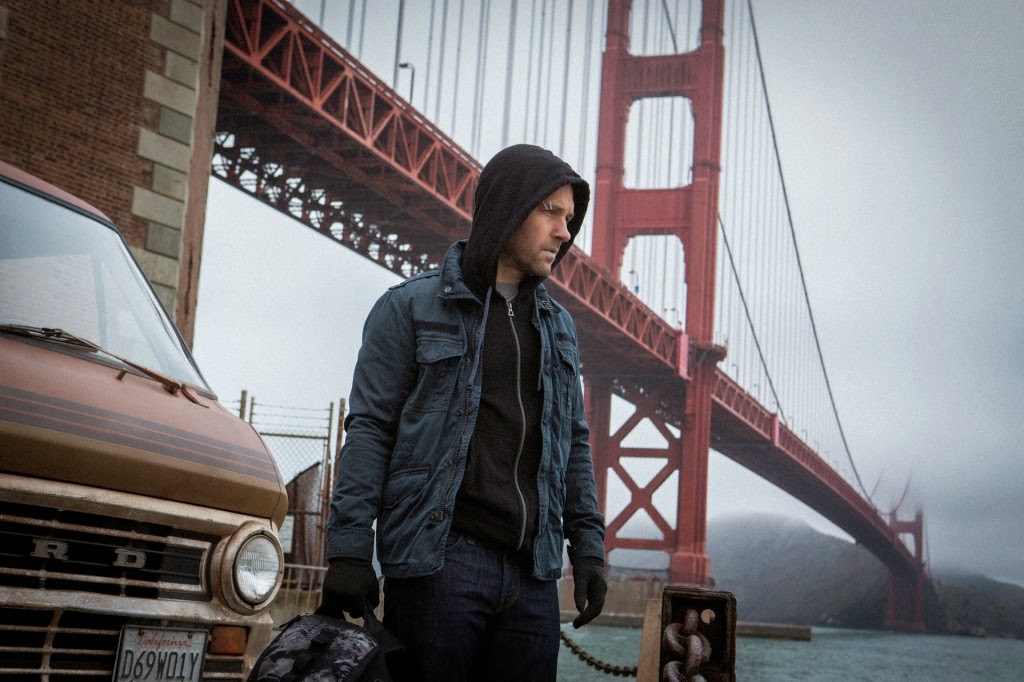 The still is of Paul Rudd, who will be playing the central character, Scott Lang. It looks like Lang will be a rough character, picking a fight with everyone, which can add to a lot of deepness for the character, and potentially a lot of laughs. Yet, the one big thing about this picture that nobody is commenting on is the Golden Gate Bridge in the background. Does this mean the film will take place in San Francisco? Generally, Marvel comic book characters (and in the movies, for the most part) live and take place in New York. We saw a bit of a departure in the comics with Thor being in New Mexico and Bruce Banner traveling all over the country. This could mean multiple things. Either, like I said, this movie takes place in San Francisco. If that is the case, then it could definitely explain why Hank Pym (Michael Douglas) didn't create Ultron, the villain of Avengers: Age of Ultron, since the Avengers are based in New York. Or, this could mean that this movie takes place in several different places, similar to Avengers: Age of Ultron, which will travel all over the world.

What do you think? Do you like the still? Will Ant-Man take place in San Francisco, or will it travel over a couple different places? How can a hero from the other side of the country "assemble" with the Avengers from New York? Leave your thoughts in the comments section.