Guardians of the Galaxy SPOILER-FREE Review 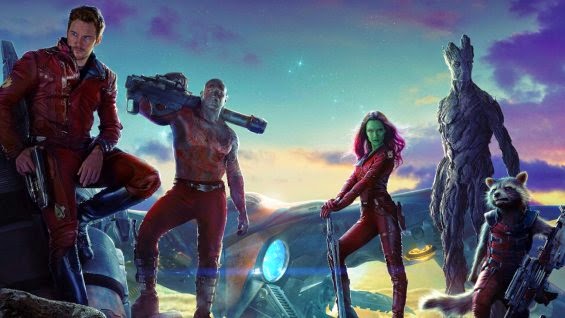 Guardians of the Galaxy is a very different but very special movie. It's the weird, pot-head, emo nephew in the Marvel family. And that is an apt comparison. Before we get into how good of a movie Guardians is, let's look at what it could have been, in a negative way. First off, the story comes from a comic series that even die-hard comic nerds don't know. It's set entirely in space (except for the first five minutes) with a cast including a talking racoon and a walking tree who only says "I am Groot". The director, James Gunn, has only done low-budget films and this was his first big budget movie. The cast is led by Chris Pratt who, until now, has never been a leading actor. You also have a wrestler playing one of the main characters who (even he admits it) isn't the best actor. There is so much here that could have gone wrong, but it didn't.

James Gunn is a genius. Before this movie was announced, I had never heard of him. I have never seen his films Super or Slither. But seeing how this movie unfolds, it is proof that this guy is here to stay in the film industry. After a five minute clip of Pratt's character Peter Quill as a young boy witnessing his mother die from cancer we open to Chris Pratt dancing while listening to his Walkman in a giant cave during the beginning credits. After such an emotional scene (that I was actually choked up by) Gunn knew exactly how to break the ice with the audience and get things going. Pratt adds to this film was I like to call the Downey-factor, which is taking a character and infusing a 50:50 ratio of yourself into that character. While Peter Quill is his own character in many ways, he is also largely Chris Pratt, similar to Robert Downey Jr. and Tony Stark. Quill is arrogant, cocky, a bit of a dick but is also at the same time generous, heroic, charming and kind, played beautifully by Pratt. Next among the ensemble is Zoe Saldana's Gamora whom I was skeptical of. Not that Saldana would be bad in the role, but that the movie would gloss over her character in favor of Quill, Rocket and Groot. But Gamora was given plenty to do. She was established as an assassin/bounty hunter working for Ronan the Accuser and a "daughter" of Thanos was wishes to betray them. There are a lot of great comedic moments between her and Quill and also some great badass fight scenes, especially at the end between her and Nebula. 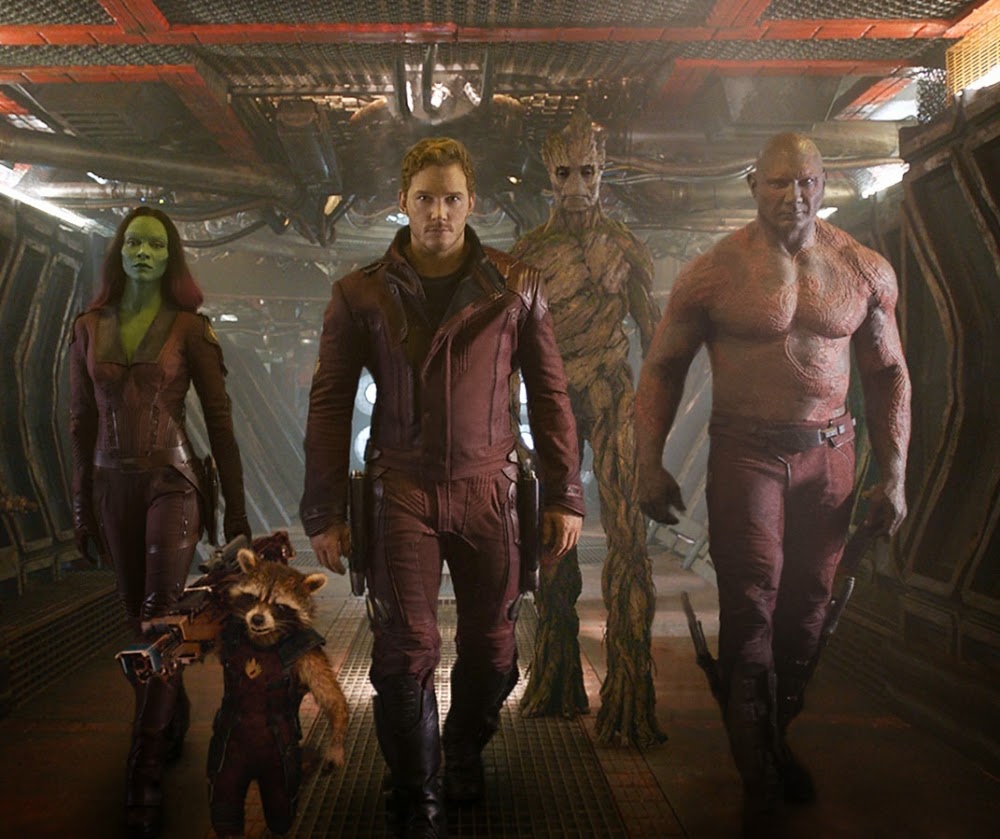 Next we met partners-in-crime Rocket and Groot. While I knew going in that Rocket (voiced by Bradley Cooper) would most likely steal the show, I wasn't prepared for how great of a character he would be. Rocket is motor-mouthed, badass and gun-happy. But they quickly establish from the beginning that Rocket isn't just there for laughs. We see that he was manufactured, ripped apart and put back together over and over again and he still lives with the scars (both physical and emotional) of this experience. A lot of the movie's emotion comes from Rocket, which was overly surprising to me. With him came Groot (voiced by Vin Disel). While, in my opinion, Groot was a bit underutilized during the film, when he got into it, he was awesome. A lot of the jokes were focused around him only being able to say three words "I am Groot". Lastly, we are introduced to Drax the Destroyer (Dave Bautista), who is a "maniac" on the search of avenging his family who was killed at the hands of Ronan. He also adds great comedic flavor, as he is unable to understand metaphors and takes them as being literal. One of the best lines of the movie was when Rocket was explaining this to Quill. "His races doesn't understand metaphors," Rocket says, "They just go over his head." Drax responds, "Nothing goes over my head. My reflexes are too good and I'd catch it."

While the main "heroes" are great, the villains aren't as developed. A main problem Marvel has been having lately is having underdeveloped villains. Yes, they may have Loki, but they also have Malekith. While Ronan (Lee Pace) was a more fleshed out villain than Malekith, he still wasn't as strong as a Loki. He is described in the film as a "Kree extremist" which is really the only reason we're given for his desire to obtain the Orb (an Infinity Stone) to destroy Xandar, the home of the Nova Corps. We also get to see Thanos, the over-arching big bad of the Marvel Universe, played by Josh Brolin. 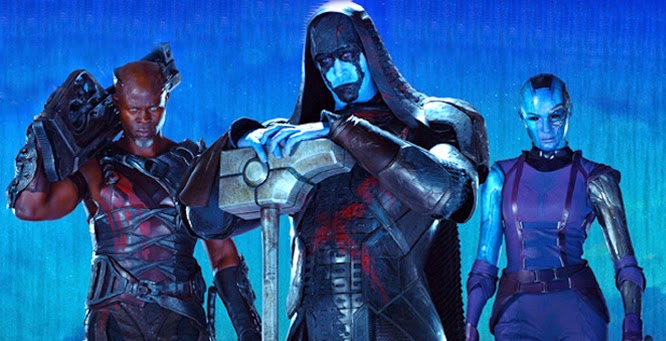 Guardians takes a great cast all with their individual comedic contributions and founds the movie on this. For every fight scene and explosion, we get a scene of them just sitting around bantering back and forth similar to The Avengers but on a whole different level. The visuals are spectacular, bringing this Cosmic Universe to life. While this movie has a lot of action and comedy, it also has a lot of depth, emotion and development. And by the end, we get to see this team of outlaws/misfits/loners form together into the Guardians of the Galaxy. What James Gunn accomplishes by taking an unknown property with strange characters led by a supporting actor, with so much that could have gone wrong, is remarkable.

I will say that Guardians is the best comic book movie of the year, yet I will not say it is the best movie of the year. I want to see it again to decide whether I like this or Dawn of the Planet of the Apes better. But this is a fantastic movie which I think will be to young kids what Star Wars to that generation.