First Trailer for Taken 3 (or Tak3n)

In the first movie, Liam Neeson's daughter was taken. In the second movie, his wife and daughter was taken. In this film-- well no one is taken. He is framed for the murder of his wife and he goes on the run to find out who really killed her and to escape the police (not a spoiler, it's in the trailer). I saw the first Taken movie. I really liked it. I have yet to see the second but I hear its not as good as the first. Before I saw this trailer, a lot of things led to me to believe this movie wouldn't be that good. The title: Tak3n. Did a three-year-old write that? The January release date. Good movies don't come out in January. A lot of things were pointing to this being bad.

Now, the movie itself may be complete crap but I really liked this trailer. It gave us a fresh take on the story as opposed to someone he loves just being taken. It looked as if there would be some cool action. And it also looked as if there could be some really dramatic, character-developing scenes. The trailer also pretty much made it official that this was the last of the Taken series when Neeson says "I have to finish what I started". Could it end up being terrible? Yes. Will it? Possibly. But do I like this trailer? Yes, I really do. 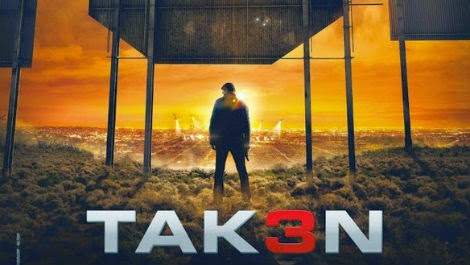 What do you think of this trailer? Are you excited to see Tak3n? Leave your thoughts in the comments section below.