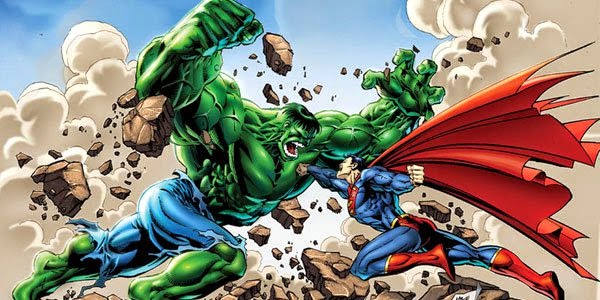 This past week has given us some of the biggest recent comic news. Variety reported that Robert Downey Jr. will be in Captain America 3 and that the film will kick of the Marvel Civil War (for more details, read our article about it here). The next day, DC announced their film slate all the way to 2020, confirming movies such as Aquaman, Cyborg and more, as well as confirming David Ayer as the director of Suicide Squad, Jason Momoa as Aquaman, Zack Snyder as the director of Justice Leage 1 and 2 and Ezra Miller as the Flash (for more details, read our article about it here)

The big question now is who won? The Marvel news or the DC news? It's a really tough choice. Honestly. I think I am going to have to go with Marvel here.

--Just note that anything I'm saying about the Marvel news is strictly dependent on IF the report from Variety is true. It has not been confirmed like the DC news has, but everything I say for the rest of this article is as if the news it 100% true-- 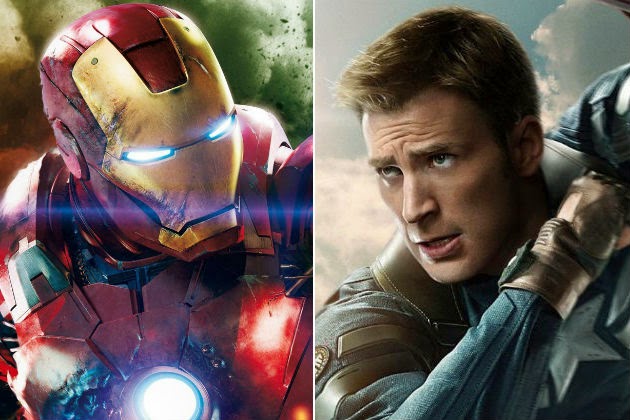 Ever since 2008's Iron Man, Marvel has intricately and meticulously been crafting their cinematic universe. There has been so much care and thought to ever so subtly connect their films with easter eggs and references. In many ways, looking back at their previous movies (most notably Captain America: The Winter Soldier), you can see some things that hint towards a Civil War movie. I said this in a previous article, but I believe the cause of the civil war will be the rise of a new government, after The Winter Soldier saw S.H.E.I.L.D. destroyed. However, what has been the big lead up for so long is the Infinity Gauntlet story with Thanos. The biggest question with the story is what happens to Thanos if Cap 3 starts Civil War and presumably leads into Avengers 3.

Let's focus on Cap 3 though. The reason why I think an Iron Man vs. Captain America, if you will, is bigger news than the DC film slate is because its something not many people thought would happen. A lot of people held onto hope that Civil War would happen but we were led to believe it wouldn't and couldn't happen-- mainly because the story involves all of the Marvel characters, which Marvel Studios doesn't have. I have always maintained that there are ways to shape to story to make it fit in this cinematic universe, which it seems they are doing. This is something that most people thought was impossible, as well as Robert Downey Jr.'s involvement. No one saw that coming. His re-negotiated contract had him for two more films (assumed to be Avengers 2 and 3) and now Marvel is in negotiations with him to be in Cap 3. This is something that no one expected.

Another reason why I think Marvel won is because the film slate for DC wasn't much of a surprise. We all knew they were making a Wonder Woman movie. We all knew that a Justice League movie was coming. We knew eventually a Green Lantern and a Flash movie was coming. That takes nothing away from how excited I was to see them all confirmed and laid out. However, in the end, it was not unexpected. We knew it was coming. No one knew the Robert Downey Jr./Civil War story was coming.

So, in  conclusion, both stories had me excited. It was a great week to be a comic book movie fan. But, if I had to pick which story was ultimately a winner, I have to choose Marvel. The story was unexpected and come completely out of left field, whereas the DC story was inevitable.

What do you think? Which story do you think won the week: Marvel Civil War or the DC Film Slate? Leave your thoughts in the comments section below.