First Trailer for Fast and Furious 7

Yesterday, the first trailer for the upcoming Fast and Furious 7 (or Furious 7) came out. There's been a lot surrounding this film, specifically the tragic passing of Paul Walker, an integral character in the franchise. A lot of people thought the film should be abandoned out of respect, as well as the fact that Walker only finished half his scenes. But, the production took a break as the script was reworked and Walker's two brothers were brought in to do a couple quick shots to fit the new story line Walker's character would take.

Now, we have our first trailer. I have to be honest: I haven't seen any of the Fast and the Furious movies. The new ones look cool but I haven't gotten around to seeing one yet. Since Paul Walker's passing, I have been interesting in seeing some of the later ones and am interested in seeing this one.

The trailer looks really, really cool. It opens with an elaborate as it is ridiculous bus heist involving a lot of wreckage and guns. The trailer didn't try to capitalize on Paul Walker either. He definitely had a presence in the trailer, but they didn't make it specifically towards him as a way to use his tragic passing to help market the movie which would have been very low on the studio's part. I was afraid they might try to do that and I am so glad they didn't. The trailer did a great job of selling the movie as a very cool, fun, exciting, adrenaline-rush action film, which I am very excited to see. 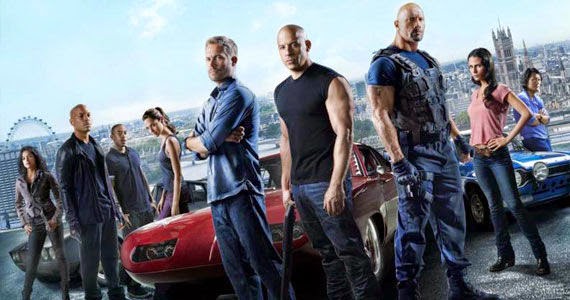 What do you think? Did you like the trailer? Are you looking forward to Fast and Furious 7? Leave your thoughts in the comments section below.