Sony Reportedly Thinking About Making an Aunt May Movie 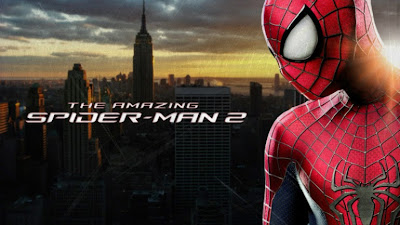 Sony's problems handling the Spider-Man property hasn't been a secret. This year saw the release of The Amazing Spider-Man 2, the sequel to 2012's reboot that many saw unnecessary. It was met with a lot of critical and fan criticism (including myself). While it did profit from making over $700 million dollars worldwide, it was the lowest grossing Spider-Man movie to date.

Sony has had plans for a little while now to try to make a cinematic universe out of their one character property. 2016 is supposed to see the release of Sinister Six with a female led movie and Venom in 2017 and The Amazing Spider-Man 3 in 2018. A main problem that The Amazing Spider-Man 2 faced was that the story was comprised in favor of trying to set up the larger universe, as the Sinister Six presence was more prevelent than the actual movie's story was. I have been against the idea of a Spider-Man Cinematic Universe ever since the idea was announced because it is only one hero. Now, Spider-Man has arguably the best villain roster out of any superhero, but that is not enough for an entire universe of movies. So as you can tell, there's not enough substance for the size of the plans Sony has, and now we have our first consequence of that:

Latino Review is reporting that Sony is considering making a movie focused on Peter Parker's Aunt May. The story would be in the past when she was younger and a spy, a complete departure from the comics. While this is not an entirely reliable source, we can't yet discount this as false or just a rumor. Putting aside the validity of the story, let's look at it now: 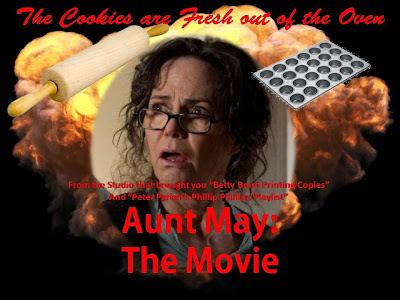 I made this, by the way.

.......what???? I am really at a loss of words. What kind of state of desperation is Sony in to even consider this? I don't think I need to specify exactly why this is  stupid. If Sony makes this movie, legitimately, then the rights will have to go back to Marvel Studios because if Aunt May is their plan for a cinematic universe, then they don't deserve to be making Spider-Man movies. They don't, honestly. They've already made mistakes but they can be fixed. They can make Sinister Six, blow it out of the park, and redeem themselves. They still have a chance. But if they make an Aunt May movie, then all bets are off.

Now, I bet this report is more likely to be false than true but if there was ever any serious thought about this movie, then Sony has lost all respect from me. All.

What do you think? Would you want to see an Aunt May movie? Please say no. Leave your thoughts in the comments section below.