It's fair to say that The Expendables 3 failed at the box office. Sylvester Stallone and the studio made a conscious decision to make the film PG-13 (instead of R like the previous 2) as to "reach the younger audience". Part of why people liked these Expendables movie was because it was designed to be a lot like the 80's action flick, which were hard R movies. A lot of people weren't on board for a PG-13 Expendables 3 and, as we all know, it didn't do so well at the box office.

Now, Stallone has a few words to say about his decision to make the movie PG-13:

“Absolutely unequivocally yes. I believe it was a horrible miscalculation on everyone’s part in trying to reach a wider audience, but in doing such, diminish the violence that the audience expects. I’m quite certain it won’t happen again.”

It's good to see that he realizes he made a big mistake. Here's a link to our article we put out when Stallone announced his intentions of making a PG-13 Expendables. It's interesting to compare his train of thought from just a few months ago to now. Despite the third installment's failure, Stallone seems pretty adamant about continuing the series. In the quote above, he says it "won't happen again", inferring he has intentions about a fourth. He also went on to talk about having the Expendables in a new environment:

“I have actually entertained the idea of putting the group into such an unnatural environment that it, in an of itself, creates extra suspense and tension: the ‘fish out of water’ scenario. That environment might not be time travel, but nearly just as jarring.”

I'm not sure exactly what kind of situation he is talking about here, but I'll be interested to see where the franchise goes from here. 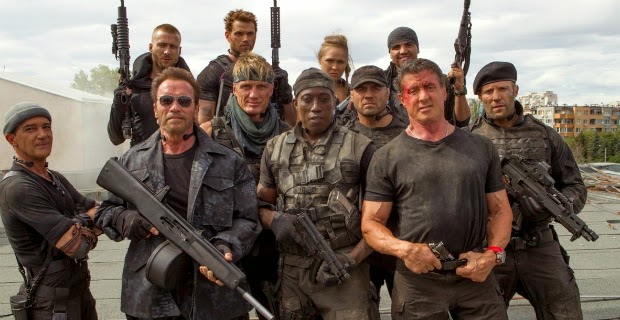 What do you think? Did you like The Expendables 3? Were you opposed to the PG-13 rating? Are you looking forward to a fourth one? Leave your thoughts in the comments section below.