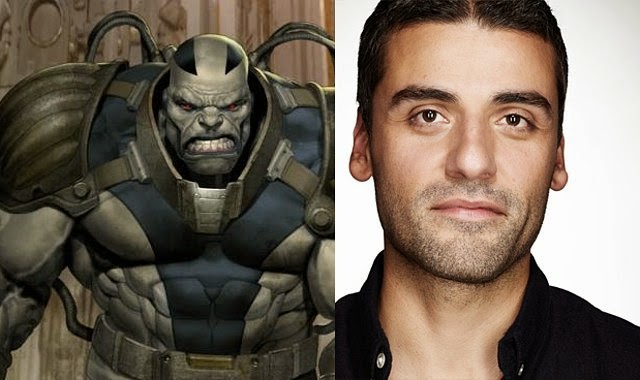 Very recently, a lot of speculation has been going around as to who will be playing the titular villain in the upcoming X-Men: Apocalypse. Reports were saying that the studio was eyeing Tom Hardy then Idris Elba. Now, Variety is reporting that Inside Llewyn Davis actor Oscar Isaac will be playing Apocalypse. It has not been confirmed by Fox yet, but Variety is a pretty reputable source, so it is safe to assume that this report is true.

I personally would have rather of seen Hardy or Elba as the villain, but Isaac is a very talented actor. I haven't seen him in much but he's been great in what I have seen him in. I just know that Hardy and Elba can bring that edge that could make Apocalypse a very fearsome and memorable villain. That doesn't mean Isaac can't deliver, I just haven't seen him in anything that would lead me to believe he can do it. I am supporting this decision even though I would have preferred the other rumored actors.

What do you think? Is Oscar Isaac a good fit to play Apocalypse? Are you looking forward to X-Men: Apocalypse? Leave your thoughts in the comments section below.