Andy Serkis Confirms Who He is Playing in Avengers: Age of Ultron 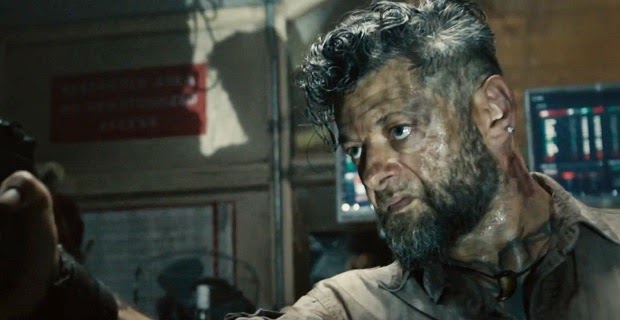 Way back when Avengers: Age of Ultron was in pre-production, we heard that Andy Serkis was being brought on as a mentor to Mark Ruffalo for his motion capture performance as the Hulk. When that was initially announced, it was also reported that Serkis would have a small role to play in the film. Then, when the first trailer was released, we saw a shot of Serkis, looking a lot like a comic book character named Ulysses Klaw, who is the arch nemesis to Black Panther, who will be getting his own movie in 2018. For everyone, it was all but confirmed that Serkis was playing Klaw, and that his role would be to help Ultron gain vibranium from the secluded nation of Wakanda, which is where Black Panther is from. Finally, Serkis has confirmed who he is playing.

In a recent interview, Serkis confirmed that he is in fact playing Ulysses Klaw, but that his role in the film is minor. He said:

“It was really minimal. It’s a tiny role, a little cameo role. But I just loved doing it and it’s a great character.”

With so much already going on in this movie, I would have been surprised if it was anything more than a five minute appearance. If Klaw's role in the film is what I speculated above, which many have speculated prior, then he won't have a large role, but the impact of his role may be much more substantial. The two shots we've seen of Serkis in the film are in the same location, so I would be shocked if he is in the movie longer than that scene pictured above.

Klaw from the comics

Serkis also briefly touched on whether Klaw could return for the 2018 Black Panther film, saying:

“That, I know nothing about. I truly don’t know anything about that.”

I believe him when he says he doesn't know anything about it. There are some actors who bullsh*t these kinds of things because they aren't able to talk about the films, but Serkis is a trustworthy actor. If he can't talk about something then tells you, rather than playing coy. Just because Serkis doesn't know anything right now doesn't mean he couldn't end up being the villain of Black Panther. The movie doesn't come out until 2018. I think there's a very good chance Serkis will return in some capacity as Klaw, because why would Marvel cast Andy Serkis as Klaw if it was truly only for a five minute cameo.

What do you think? Are you excited that Andy Serkis is playing Ulysses Klaw? Are you looking forward to Avengers: Age of Ultron? Leave your thoughts in the comments section below.