The other day, the title for the next Mission: Impossible film, a poster and a teaser trailer were all released (read our article about that here). The film, now called Mission: Impossible- Rogue Nation, was originally scheduled for a December release but has since moved to July, to avoid competition with Star Wars Episode VII: The Force Awakens. With it now just four months out, we are all expecting something soon from the movie, which we got. Then, they released the full trailer. I usually hate it when movies put out a "teaser for a teaser" and show fifteen seconds of a trailer to get people hyped but this was different. It was a full minute, and the full trailer had mostly new footage from the teaser. It did it's job to get people hyped.

As for the new trailer, I thought it was great. It has the same feel of Mission: Impossible- Ghost Protocol, which I loved. It's going to be a fun action movie. I loved the cast last time, so it's great to see them returning. The plot sounds really interesting with the Syndicate and I think this looks awesome. Let's talk about the plane scene for a second. I recently found out that Tom Cruise really did that, that he strapped himself to the side of the plane and went up in the air. I shouldn't have doubted that. In Ghost Protocol he really went up the tallest building in the world, but I kind of thought the plane scene was green screen. Nope, he really did it. For that one I've got to see this movie! 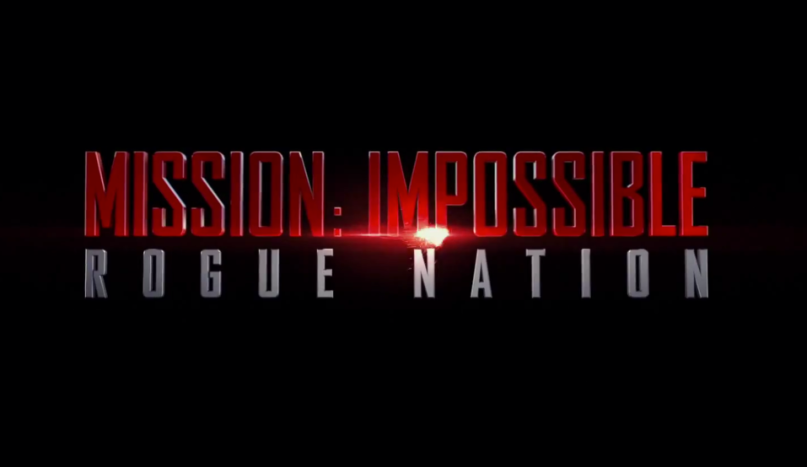 What did you think? Did you like the trailer? Are you looking forward to Mission: Impossible- Rogue Nation? Leave your thoughts in the comments section below.