Yesterday, a teaser for the full trailer for Batman v. Superman: Dawn of Justice was put online, announcing the release date of the trailer to be this Monday (read that article here). However, the real trailer was leaked online today and spread like wildfire! I have to admit I watched it. I normally don't like to do that, but it was everywhere and I was dying to see it. But I didn't want to write an article about it until to official version was released. As a result of the leak, Warner Bros. released the full trailer online, showing it in all its glory.

I will do an article where I break down the trailer later, but my initial thoughts are that this is awesome! I thought the trailer would be chalk-full of action scenes, but it had a surprising layer of depth that I loved so much in Man of Steel. The world has retaliated against Superman, seeing him as an outsider. Asking why he should be able to have this much power with out checks or balances. The voice overs were great, especially Jeremy Irons' words about Batman. I have always defended the casting of Ben Affleck as Batman, and I think he looks awesome in this trailer. This movie is going to be action-packed, heavy and dark-- which is what I wanted it to be. It introduces some very interesting story points in how the public reacts to an alien god among them, and I think this could be a very, very special movie. 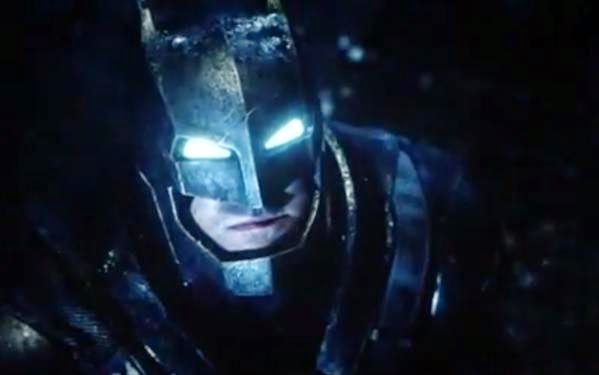 What do you think? Do you like the trailer? Are you excited for Batman v. Superman: Dawn of Justice? Leave your thoughts in the comments section below.