First Trailer for The Visit

M. Night Shyamalan is a tricky director. He has arguably made some of the worst films in cinema histroy (The Lady in the Water, The Last Airbender, The Happening), some debatable movies that some love and some hate (Signs, The Village) and a couple amazing, spectacular films (The Sixth Sense, Unbreakable). While he has been uneven, he has been more evenly bad, which is sad. To me, The Sixth Sense is a brilliant masterpiece of a film. I liked Unbreakable but it wasn't great. Signs was okay but not really that good. The Village has a God-awful movie and The Happening is something that you can just laugh at over and over again. While I appreciate what he did as a filmmaker for The Sixth Sense, he has lost any sort of respect in my eyes. But part of the problem is that he became a bit too cocky when he found success with his earlier films, and began getting larger and larger budgets. When the news came out that Shyamalan's next film would have a lower budget and be more along the lines of an indie film, I was hopeful. Maybe Shyamalan finally got the reality check he needed five movies ago. Then the trailer dropped for his new film The Visit.

I think this looks awful. I think him doing a found footage style is interesting, since it's different from what he normally does. But everything else looks stupid. Sure, it takes the classic horror story of "things seems nice during the day but evil at night" and puts a grandma twist on it, but after watching the trailer, I realized that it doesn't work. Having Grandma say to her granddaughter "Can you get in my oven" is laughable. Seeing the grandparents doing these weird, possessed things is laughable. It doesn't strike the terrifying nerve that Shyamalan is clearly going for and it comes off as comedic instead.

Look, I think it is entirely possible for Shyamalan to make good movies. He has proved that he has that capability, he just needs to go back to it. So while I have lost faith that his films will be good, I still have hope that maybe he can recapture the brilliance of The Sixth Sense in some other film. But I am highly doubtful that it will be The Visit. 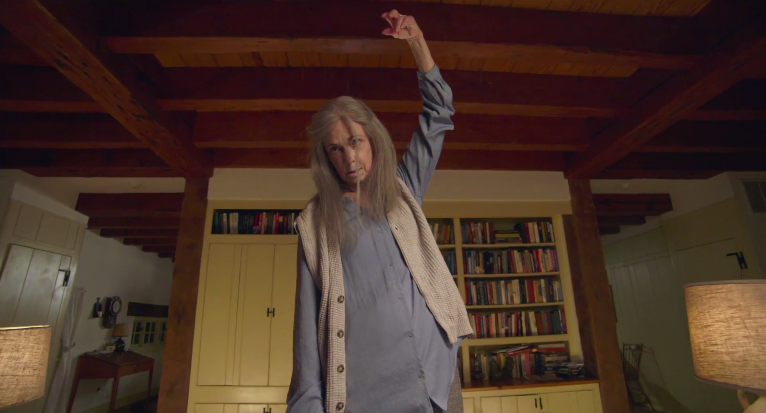 What do you think? Did you like the trailer? Are you looking forward to The Visit? Do you like M. Night Shyamalan as a director? Leave your thoughts in the comments section below.