One of my most anticipated films of this year is Jurassic World. The first film has to be in my top 20 of all-time favorite movies and I am a big fan of Chris Pratt between Guardians of the Galaxy and the recently concluded show Parks and Recreation. I have very little doubts about this movie, but one of them is Pratt. When everyone said that Guardians was going to get him all the roles, I said no. In Guardians, Pratt pretty much played a version of himself-- a very similar character to his Andy Dwyer character on Parks and Rec. I said that if Jurassic World came out and Pratt proved he could play someone different from just the version of himself, then he'd blow up as a huge star.

Today, the first clip from the movie came out, and we get a better sense of how Pratt will be playing this role. While his character is still a bit goofy like his other ones were, there's a (albeit, subtle) darkness to his character. He can be funny but he knows when to be serious, which is a restraint Pratt's other characters haven't really had. I found Bryce Dallas Howard's acting in this scene to be a bit wooden, but hopefully she's better when you see the full movie.

While Chris Pratt's role in this movie may have a lot of the lovable "Prattisms" that we know him for, I think he will show us a different side that could open up a lot of new opportunities for him, maybe even Indiana Jones? 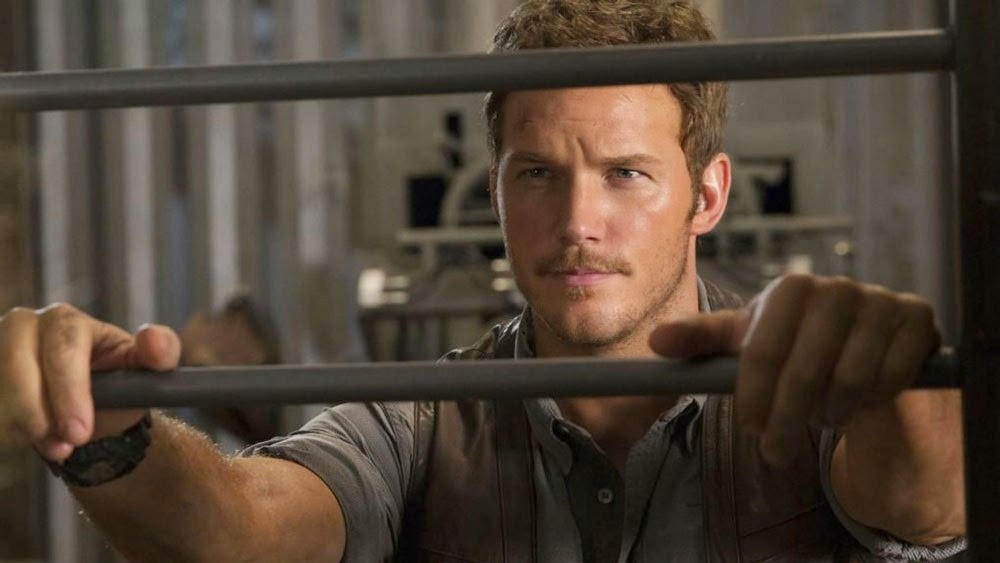 What do you think? Did you like the clip? How do you think Chris Pratt will do in the movie? Are you looking forward to Jurassic World? Leave your thoughts in the comments section below.