The Fantastic Four- Trailer 2 and Poster

It has been a hell of a weekend for trailers. First we had Star Wars, then Batman v. Superman and now The Fantastic Four. The first trailer came out a few months ago (you can see it here), and I really liked it. It wasn't spectacular, but it showed to me that this film was going in the direction I wanted it to. Now, with the release of the second trailer, this was further confirmed for me. It is clear that the movie is going for a horror feel, which I think is great. In this age of comic book films, The Fantastic Four will offer a twist on the medium, showcasing the powers as a curse rather than a blessing. It makes it unique and is definitely a change from the other two movies.

I really liked this trailer. I didn't think it was as good as Star Wars or Batman v. Superman, but it was good on its own merits. The narrator of the previous trailer was revealed as Doctor Storm, which I guessed a while back. We got to see the Thing in action, which we didn't see any of before. We also got to see the others in action, using their powers as well. After watching this trailer (and seeing Whiplash), I am now convinced that Miles Teller is a (get ready for it) fantastic choice to play Reed Richards. He's a remarkable actor and I think he can easily inhibit a lot of what makes Reed such a great character. I also think Michael B. Jordan is going to be a stand-out actor in this movie. We see a lot of classic mannerisms of Johnny Storm in this trailer- joking, cars among other things. One thing that caught my eye was that he was behind a desk in the Baxter Building. Is he going to be a scientist too? Traditionally, Johnny isn't one of the scientists and is just a kid trying to have fun. I wouldn't be fists in the air angry if they did that, but I would prefer him to be non-scientific. 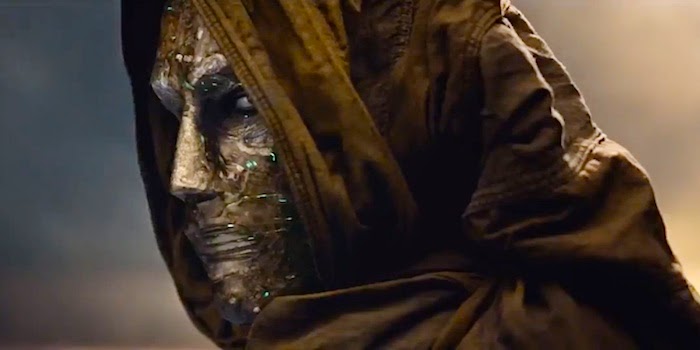 Of course, we got our first true look of Toby Kebbell as Doom. It seems like they are very much sticking to the Ultimate Fantastic Four comics, which has the metallic armor as Doom's actual skin, not just something he wears. From this picture, it looks like that's what they're going for. In that comic series Doom also has legs that are shaped like a horse's, so I hope they leave that one out of the movie. But overall, this was a great trailer. It gave us a bit more insight into the characters, plot and the tone and themes of the movie. I think this trailer has officially dispelled any people who are still adamantly against this movie.

A new poster was also released for the movie, which you can see here: 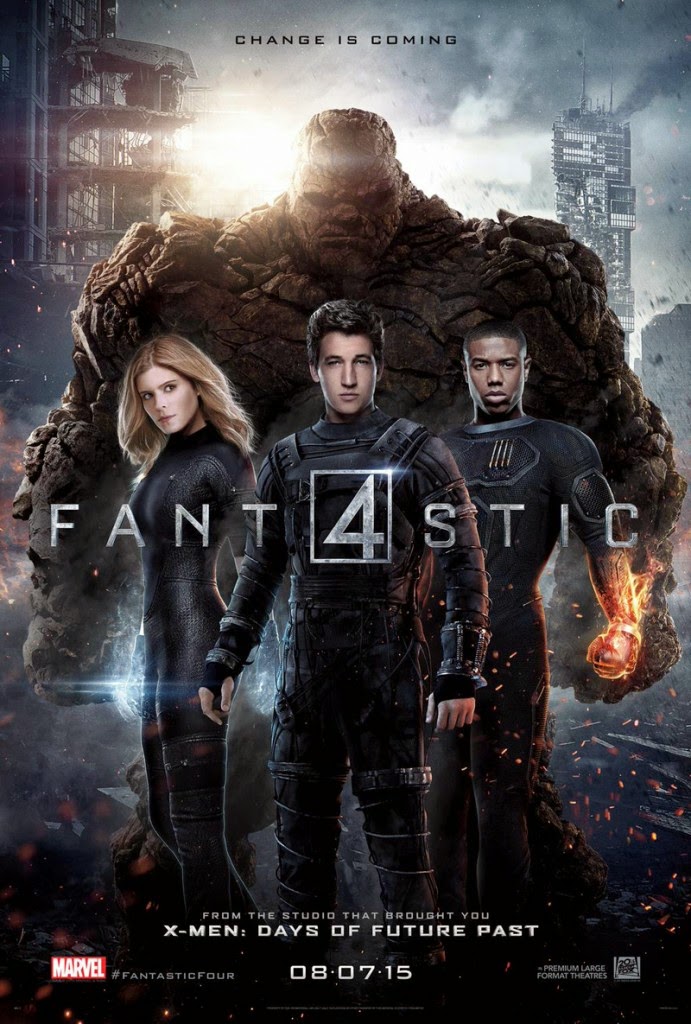 What do you think? Did you like the trailer? What about the poster? Are you looking forward to The Fantastic Four? Leave your thoughts in the comments section below.