The Incredibles 2 Will Not Comment on Modern Day Superhero Films

When news came out not too long ago that an Incredibles 2 was in the works, many people were excited, including myself. The Incredibles was a great movie as a kid, especially for a person as obsessed with comic books as I was. The film stands as one of Pixar's﻿ best, which is hard to say because almost all of their films are too (except Cars. Sorry Cars). It was a film that so many people had prayed to every god imaginable for a sequel and it finally happened, with Brad Bird returning to the director's chair. The movie won't come out for a while, as Bird is just starting to write and develop it. However, he did answer an important question about the movie.

When asked if The Incredibles 2 will comment at all about the state of modern day superhero movies, Bird said:

“Well, I worry if you comment too much on other movies then you might just be coasting off their good will. There was a very lazy trend in comedy where somebody would start singing the theme song from ‘The Flintstones’ and you’re supposed to dig on it just because you recognise it. So I don’t like that. I think that movies ought to work in and of themselves.” 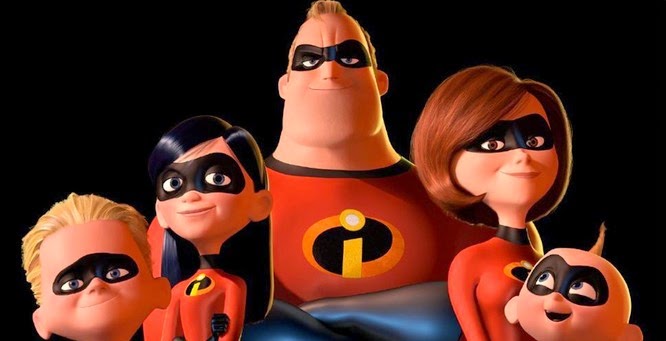 While I understand where Bird is coming from, I entirely disagree. I think a film like The Incredibles 2 absolutely should comment on the popularity of comic book franchises today. In fact, the whole reason I was excited for this film was to see how they would handle that. The plot of the original movie was that the glory days of superheroes were over. In a way, in 2004, this was somewhat true. Films like the original Superman and Batman were in the past. Comic book movies died off for a few years after 1998's Batman & Robin and it was only just starting to make a resurgence at the time the movie came out. Now, the movie industry is run by comic book movies. What would make a compelling story for The Incredibles 2 is the fact the world has too many superheroes. That's where I always thought the story could, and should, go. Bird may have a fantastic idea that will have me eating my words, but I think he is missing out on a great opportunity to tell a fresh story while simultaneously commenting on the state of superhero movies today.

What do you think? Do you like Brad Bird's comments? Should The Incredibles 2 be it's own thing, or should it comment on modern day superhero films? Are you looking forward to the movie? Leave your thoughts in the comments section below.