Deadpool- Could Hugh Jackman Have a Wolverine Cameo? 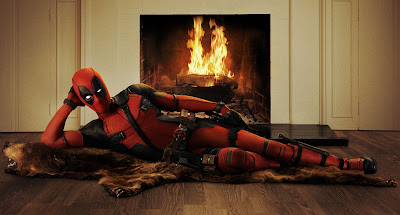 Right now, I think Deadpool is my most anticipated film of 2016. It is finally giving one of my favorite comic book characters his own movie, with the perfect casting of Ryan Reynolds. It will be rated R, and everything we have heard coming out of this film has been incredible. I just hope I can lower my ridiculously high expectations a bit before February 12th so that I don't walk out of the theater ultimately disappointed. But one thing that would probably have my excitement for this film go through the roof is a cameo appearance by Hugh Jackman as Wolverine. While this seemed like a long shot before, now it may actually become a reality.

In a recent interview, Reynolds answered the question of if we could see Jackman cameo in the film, saying:

“God I hope so, that would be really nice. I dunno, we'll see. It seems like he's open to it, but it's gonna be more of a scheduling issue than anything else." 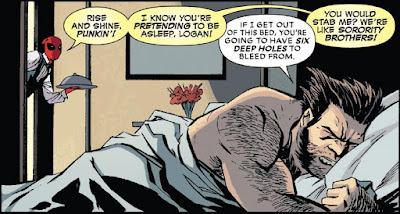 It's funny. Jackman was actually supposed to have a cameo in 2002's Spider-Man, even though the two movies are produced by separate studios (Fox and Sony, respectively) and are not connected at all. The only reason Jackman didn't cameo was because they couldn't get his X-Men suit to New York in time for the shoot. So if Jackman was willing to cameo in a movie as Wolverine that has nothing to do with the X-Men, he sure as hell can cameo in this Deadpool movie. I really hope this scheduling works out, because the characters of Wade Wilson and Logan clash so perfectly in the comics, with Deadpool being a joker and Wolverine being dead serious. It was a chemistry that was hinted at in X-Men Origins: Wolverine but ultimately tarnished when they completely f*cked up Deadpool. I just hope we can see it finally unfold on the big screen before Jackman retracts the claws in his final solo film in 2017.

What do you think? Would you like to see Hugh Jackman cameo in Deadpool? Are you looking forward to the film? Leave your thoughts in the comments section below.