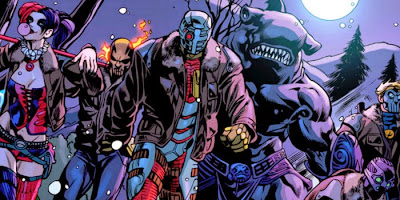 While Batman v. Superman: Dawn of Justice has been in the spotlight lately with the release of the first trailer (see that here). With this, Suicide Squad, a smaller movie coming out the same year, has flown under the radar. However, the film has been getting traction, what with the release of the first picture of Jared Leto as the Joker (see that here). Then, today, we got even more images, revealing the entire cast of the movie in costume. 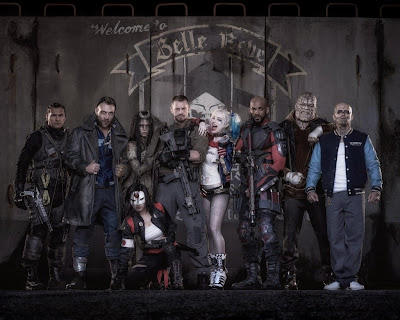 I'm mixed about this. I really like the looks of Katana and Captain Boomerang, as well as Deadshot but I'll get to that later. I really do not like the look of Harley Quinn. Robbie is such a stunning, beautiful girl and Harley Quinn is supposed to be sexy and flirty. Honestly, she looks like a paper thin heroin addict in this. She's supposed to have multiple costumes in this movie, so maybe I'll like others more, but I just don't like how she looks. I also don't like Croc. I have always been an advocate of going practical when you can, but I think the nature of his character is for CGI/motion-capture. He just doesn't look like Croc in this. However, a giant, CGI monster next to all of these characters would look really out of place, so you don't need him then. But I'll wait till I see him in action but right now, he looks fake instead of badass. Slipknot looks really generic but I don't know much about his character. Enchantress looks like she just crawled out of a toilet. So overall, I'm really mixed about the designs. But I really like that it mentions "Belle Reve" right above them.

A one-shot of just Deadshot, played by Will Smith, was also released: 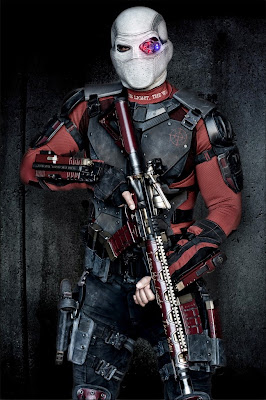 I think he is the best looking one out of the whole squad! From head-to-toe he looks awesome and badass. I was afraid that, since he's superstar Will Smith, they would just show his face since that's what you do when you have an A-lister, but I'm so glad they got him a mask. He just looks badass and he is definitely the best designed out of all of them. 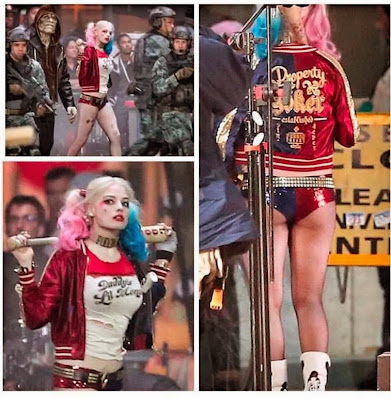 I still don't really like her design, but I love her clothing. It's hard to see, but the front says "Daddy's Lil Monster" and the back of the jacket says "Property of Joker". I think that's very fitting. So, overall, I'm mixed about the ensemble picture, not a big fan of Harley Quinn but I love Deadshot.

What do you think? Do you like the images? What do you think of Deadshot and Harley Quinn? Are you excited for Suicide Squad? Leave your thoughts in the comments section below.