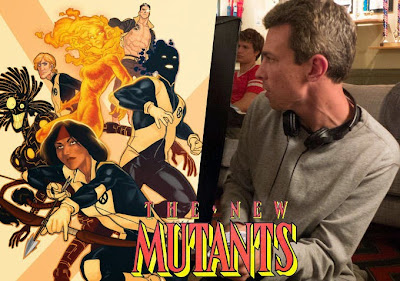 Fox has had substantial success with their X-Men franchise so far. They have produced seven films, with last year's X-Men: Days of Future Past merging the timelines of the original cast and the X-Men: First Class cast. 2016 will be a big year for Fox, as they become the first studio to put out three comic book films in one year, with Deadpool in February, X-Men: Apocalypse in May and Gambit in October. We already know they have plans for a Wolverine 3 in 2018, and now we can add another film to their schedule.

It has been announced that an X-Men spin-off, titled The New Mutants is in development, with The Fault in Our Stars director Josh Boone in the chair, who will co-write it with Knate Gwaltney. Simon Kinberg, who wrote Days of Future Past and Apocalypse and will serve as a producer on New Mutants, said this when announcing the film:

“We're so excited to explore this new part of the X-Men universe, and so excited to do it with Josh, who is uniquely suited to tell this story about young characters."

How closely this movie will follow the comic book is unknown. I know very little about the New Mutants comic, only being familiar with a few of the characters. I have heard speculation that this film will be the continuation of the First Class cast, separate from the original cast, but I don't think that will happen. I think this spin-off will create a very important opportunity to introduce new characters (and actors) to this franchise to keep this fifteen year old machine going. We've already said goodbye to many of the original cast, and the new cast will have to renegotiate their contracts soon. With them already introducing characters like Deadpool (Ryan Reynolds) and Gambit (Channing Tatum), this New Mutants movie could be key in introducing more characters that the torch can be passed off to when actors like James McAvoy and Michael Fassebender become too expensive to keep around.

What do you think? Do you like the idea of a The New Mutants spin-off? How does it play in with the larger X-Men universe? Leave your thoughts in the comments section below.