Director Paul Feig Explains Why New Ghostbusters is a Reboot 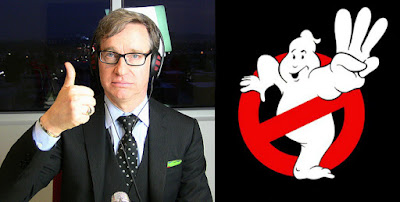 If you had a list of the undoubted classic movies of all time, the original 1984 Ghostbusters has to be in that list. It was new, fun, inventive and is still highly revered to this day, over thirty years later. For years, though, there were attempts to make a third entry into the franchise, after the sequel in 1989. There was a constant tug-of-war, where it seemed like a third film would be made and then it wouldn't. Then, it was officially confirmed a few months ago that Bridesmaids director Paul Feig would be helming the new Ghostbusters movie, and that it would be a reboot with an all-female cast, as opposed to a continuation of the characters played by Bill Murray and Dan Aykroyd.

While promoting his new film Spy, Feig talked a bit about the Ghostbusters reboot. Apparently, the studio tried to get him to direct the third installment as a continuation, but only joined when he was promised it would be a reboot. On that exchange, Feig said:

“I had been contacted several times about doing a sequel for Ghostbusters and I just kept turning it down because I didn't know how to do it. The scripts had been written, but I couldn't figure out how to do it. I wasn't excited about it. So finally, one day I was like, it's a great franchise and it's a great idea, if I was going to do it, how would I do it? And then I thought, if I could put four women in the lead roles, that's exciting to me. That I know how to do, and I know how to make that funny..." 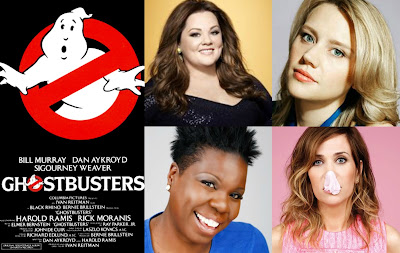 Those four women will be Melissa McCarthy, Kate McKinnon, Leslie Jones and Kristen Wiig. When this news first came out, I was very happy with the casting, as these are some of the funniest and most comedically talented women working today. However, I did have a concern that they were trying to highlight this film as being "all-women" in a gimmicky sort of way. But after reading Feig's comments on why he specifically wanted this to be an all-female reboot, it makes sense to me and it gets me more on board.

As to why he prefers doing a reboot, Feig said:

“...then I thought, I'd rather do it as a reboot so I'm not tied to the old movies. The old movies are so good, I didn't want to mess with them. And I also want to see the beginnings of this group. I want to see people seeing ghosts for the first time, and how they're going to fight them for the first time, how they develop their technology. So it just got very exciting to me. I just like working with funny women, and that's all I really like to do with my career." 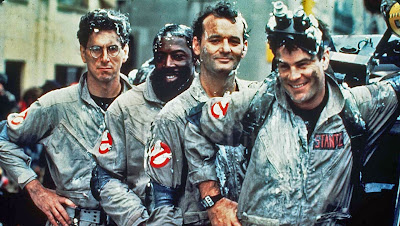 Back when it was rumored that the next Ghostbusters film would be a third installment, a continuation of the original films, I was against it. I wholeheartedly wanted a reboot, because I thought it would refresh the series and it would ultimately be more beneficial. It's been over thirty years since the original, and a reboot would do more good then trying to continue story threads and character arcs that are three decades old. And the different excitements I have for the possibilities of a reboot are listed by Feig in his comments. You can recapture the magic of the origin story that the first one told so well, and I think that this reboot will be the best move strategically for the franchise.

What do you think? Do you like Paul Feig's comments? Are you glad they are doing an all-female reboot for Ghostbusters, or would you rather have seen a third installment as a continuation to the original films? Leave your thoughts in the comments section below.