One of the more interesting releases set for 2015 is Macbeth. The play by William Shakespeare is a masterpiece, and ripe for an epic, cinematic telling. The film stars Michael Fassbender and Marion Cotillard, who are brilliant actors. There is a lot of potential for this movie, and I have been eager to see it. There is still no release date for the film, so hopefully it won't be pushed into next year. But there seems to be some movement on it. A couple months ago, a bunch of stills from the movie were released, which you can see here. And now, we have our first trailer.

I loved this trailer. I was surprised with the large scale, Lord of the Rings-style battle sequences they hinted at in the film, but they were then followed up by a lot of artistic and personable moments. I think this movie will have some incredible action scenes interlaced with powerful performances from the two leads. This is just such a rich story, and I think, assuming it still comes out in 2015, that this could have some serious Oscar buzz. It wouldn't be the first film based on a work by Shakespeare to do so. Overall, I think this film has a lot of potential and could very well be a masterpiece of a movie. I hope we learn soon when it will be released. 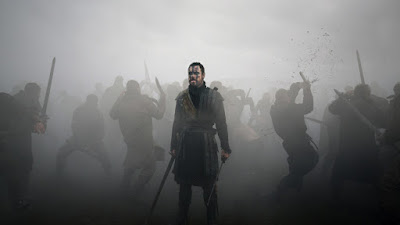 What do you think? Did you like the trailer for Macbeth? Are you looking forward to the film? Leave your thoughts in the comments section below.