Even though comic book movie adaptations have broken through and taken over the box office, video game movie adaptions have yet to be cracked. There have been many attempts, but none have been successful (or good) as of yet. Next year will see the release of two highly anticipated video game movie adaptations, Warcraft and Assassin's Creed, which may finally give us some good adaptations, and open the floodgates for more films. However, I believe that we may get our first good film (hopefully) this year, with Hitman: Agent 47. It stars Rupert Friend as Agent 47, with Zachary Quinto fighting against him. I loved the first trailer for this movie. It reminded me a lot of Kingsman: The Secret Service, with stylistic action and cool and inventive camera movements. It looks like it could be something very special. And now, a second trailer has been released.

While I didn't love this trailer as much as the first one, I still really liked it. The first one showcased more of the action scenes and hinted at the story. This second one delved more into the story, which was fine, but I wished they showed more of the new action as opposed to just rehashing action scenes from the first trailer. There were some incredible new action shots in this one that blew me away, but the trailer as a whole wasn't entirely innovative. I am still incredibly excited for this movie and I hope it's great, but compared to how awesome the first trailer was, this one wasn't as good. At this point, I really don't need to see any more trailers and I'm just holding out for the film. 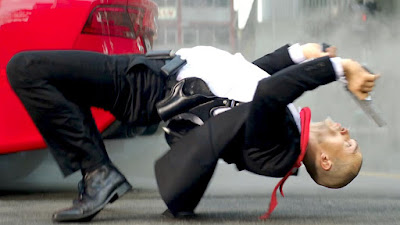 What do you think? Did you like the trailer for Hitman: Agent 47? Are you looking forward to the film? Leave your thoughts in the comments section below.