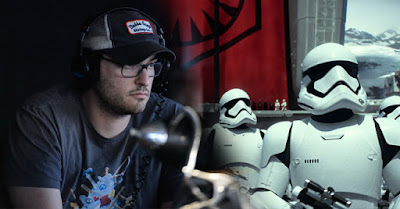 It wasn't too long ago that it was announced that Chronicle and The Fantastic Four director Josh Trank, who was set to helm the next Star Wars Anthology film after Rogue One, was leaving the project. Not much was said at the time about the reason for his departure, other than that it was his own doing. A lot of people called bullsh*t on that. There had been rumors for a long time that Trank was impossible to work with on the set of The Fantastic Four, and that he was showing up to set drunk and trashing his hotel room. However, these reports have never been substantiated. I personally believe that these rumors were blown largely out of proportion, and that his work on The Fantastic Four had nothing to do with his leaving Star Wars. But with no further explanation, all people have done is speculate.

Now, Trank has come out himself to explain exactly why he left. First, he addressed those Fantastic Four set rumors, saying:

"None of those facts were true- and any of the facts that were true were spun in such a maliciously wrong way."

He then delved into why he left the Star Wars Anthology film, saying:

"At first I was like, 'I'm just not going to say anything because it will blow over, but I was shocked- it just hasn't blown over. People get so excited to raise their pitchforks. I knew that this was going to be questioned and it was going to come under skepticism as to why I left Star Wars, and it was hard. It was the hardest decision I've ever had to make in my life."

"I want to do something original after this (The Fantastic Four) because I've been living under public scrutiny, as you've seen, for the last four years of my life, and it's not healthy for me right now in my life. I want to do something that's below the radar. I have a great relationship with everyone at Lucasfilm and with (VP of development) Kari Hart, and they all understood it because this whole experience for me has been very psychologically hard." 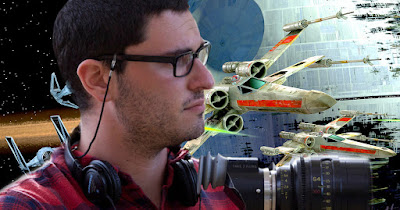 This makes complete sense to me. I think sometimes we as movie fans forget how incredible awful we can be to people like Josh Trank. I think we forget how terrible one must feel to go online every single day and see the outrage, anger and skepticism fans have of them, ranting on chat boards and comments sections. We never think of looking at it from the other perspective. Of course, the strong are able to move past that and execute their vision, which will (hopefully) be clear and make sense in the context of the film. But still, it has to have an affect on you emotionally. Trank has gone through a lot of unsubstantiated criticism over The Fantastic Four and he doesn't want to go through that again so soon with this Star Wars Anthology movie. He just wants to get out of the spotlight and do something smaller and more personable. This isn't the first time a director has turn down Star Wars to do something original. Brad Bird was Disney's first choice to direct Star Wars Episode VII: The Force Awakens, but turned it down in order to make Tomorrowland. It seems like Trank is in a similar mindset, and no one can really blame him for it.

What do you think? Do you like Josh Trank's comments? Do you think he's telling the truth, or is there something bigger going on behind the scenes? Are you looking forward to this Star Wars Anthology film? Who should they get to direct it? Leave your thoughts in the comments section below.