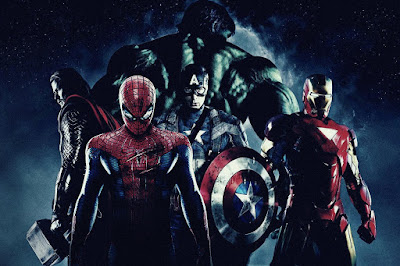 It wasn't too long ago that when someone mentioned the possibility of the rights of Spider-Man going back to Marvel, it was viewed as ridiculous and an impossibility. However, things have now changed. While the rights haven't necessarily gone back to Marvel, Sony has made a deal with the studio in order to share the character. Basically, Spider-Man will be in the Marvel Cinematic Universe films, but will also have his own solo films produced by Sony. There have been endless debates on which studio has more pull over the character right now (my money is on Marvel), but what we do know is that we will finally be able to see Spider-Man with the Avengers on screen for the first time.

News just came out recently, revealing Tom Holland as Marvel's new Spider-Man, along with Jon Watts as the solo film's director, which you can read about here. In the wake of this reveal, Marvel Studios President Kevin Feige spoke about Marvel's take on the character, and what it will mean for the character. On what is the biggest difference from the previous Spider-Men to this new Spider-Man, Feige said:

"The biggest thing... is that it takes place in this universe. It's the first time that you'll be able to see Spider-Man like he was in the comics, as a very different type of hero when compared to the other heroes in the universe. Up until this point in the other Spidey films-- some of which are some of the best superhero movies ever made-- he was the only hero, and now he's not. Now he's a kid in Queens with these powers and has other (superheroes) to look to."

"Does he want to be like these other characters? Does he want nothing to do with these other characters? How does that impact his experience, being this grounded but super powerful hero? Those are all the things that Stan Lee and Steve Ditko played with in the first 10 years of his comics, and that now we can play with for the first time in a movie." 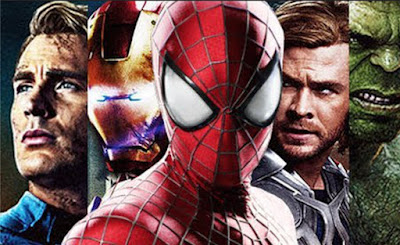 When the news first broke out about the Spider-Man deal, this idea Feige brings up was the thing I was most excited about. What makes the character of Spider-Man so unique in the comics is that he is such a vastly different hero compared to the rest of the Avengers. He's not an adult-- he's a teenager who has been given great power, and he has to learn what to do with his abilities when he doesn't even really understand who he is. As Spider-Man, he can also be an arrogant wise-ass. These are all things that play out excellently in the comics. Spider-Man is heavily affected by the Avengers. As Spider-Man is looked at as a public menace, he often wonders why the people love the Avengers or the Fantastic Four so much, but hate him. While I loved the first two Sam Raimi Spider-Man films, they were missing that very important aspect that couldn't be done, since Spider-Man was exclusively owned by Sony. But now that Marvel shares the rights, we can finally see that introduced into the movies, and I am very much looking forward to it.

What do you think? Do you like Kevin Feige's comments? Are you looking forward to seeing Marvel's take on Spider-Man? Do you like the casting of Tom Holland? Leave your thoughts in the comments section below.