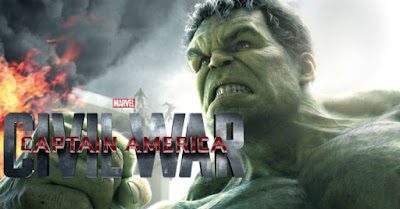 When looking at the cast of Captain America: Civil War, it makes you wonder whether this is really a Captain America movie and not Avengers 2.5. Right now, the cast includes Cap (Chris Evans), Iron Man (Robert Downey Jr.), Black Widow (Scarlett Johansson), Hawkeye (Jeremy Renner), the Vision (Paul Bettany), Falcon (Anthony Mackie), War Machine (Don Cheadle), Black Panther (Chadwick Boseman), Scarlet Witch (Elizabeth Olsen), Ant-Man (Paul Rudd), with Crossbones (Frank Grillo), General Ross (William Hurt), Agent 13 (Emily VanCamp), the Winter Soldier (Sebastian Stan), Spider-Man (not cast yet) and Martin Freeman in an unknown role. My hand is cramped from just writing all of that, my God! So, it's a pretty f*cking big cast. The only two major characters missing is Thor (Chris Hemsworth) and the Hulk (Mark Ruffalo). Now it may look like one of them will in fact be in the film, and he's not the one with flowing golden locks.

Mark Ruffalo previously denied being in Civil War, saying his character would not be making an appearance. However, he is now changing his story. In a recent interview, Ruffalo said:

"If Robert Downey, Jr. says I'm in Captain America, I'm in Captain America dammit. And I will wait for the day that my call sheet shows up at my doorstep or my script. At this point, I'm told that I'm in it by Robert, which I'll take as biblical, but I just haven't heard or seen from production yet." 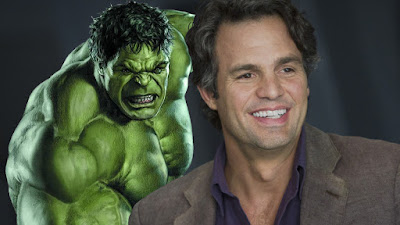 Despite the film being so crowded at this point, I really do want to see Ruffalo appear. He has done a fantastic job playing Bruce Banner/The Hulk. And to touch upon the giant cast, I don't think every character will have a big presence. I think there will be a select few characters that the film focuses on (probably Cap, Iron Man, Black Widow, Spider-Man, Black Panther and Hawkeye) and the rest will be supporting, probably adding to the battle scenes. They could have Banner in the beginning of the movie for a scene and then have the Hulk show up at the end for the actual Civil War. It seems Ruffalo will be more than willing to do it. What I don't understand is, if Downey Jr. knows Rufflo is in it, then why haven't they already reached out to Ruffalo? They've already been filming for several weeks now. If Ruffalo is indeed in the film, then why haven't they at least talked to him yet? That doesn't make sense. Maybe they only want to use to Hulk and are just going to CGI him without Ruffalo doing motion capture and save themselves some money. Who knows? I'm sure we will hear officially what is going on either way soon.

What do you think? Would you like to see Mark Ruffalo appear in Captain America: Civil War? Or is the film just too crowded? Are you looking forward to the movie? Leave your thoughts in the comments section below.