Star Trek 3 Has An Official Title 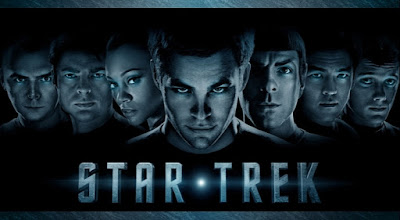 It wasn't too long ago that first time director Roberto Orci was attached to direct Star Trek 3. Even though he had been writing and developing the rebooted franchise from the beginning, a lot of people were against a first time director taking on a film as massive as Star Trek 3. He then left and was replaced by Fast Five director Justin Lin, who is currently in production on the film as we speak. Though we don't know much about the movie at this point, we know that the cast will be back and the film is set for a 2016 release, to coincide with the franchise's 50th anniversary. But even though the film comes out next year, progress on the film has been slow. Well, now it seems that things are finally starting to move, as the title for the movie has been revealed.

Lin posted the title on his Twitter account, confirming the next Star Trek film to be titled Star Trek Beyond. The title has been rumored heavily for a while now, but was only confirmed now.

I actually really like the title. "Beyond" sounds like a very Star Trek-y title, and it fits with the statements that this film will go back to Star Trek's classic themes of exploration. I really liked the first two films, and I have high hopes for this one. From everything we have seen and heard, it looks like this movie is going in a really good direction, and I am very excited to see how it all turns out in the end.

What do you think? Do you like the title Star Trek Beyond? Are you looking forward to the film? Leave your thoughts in the comments section below.