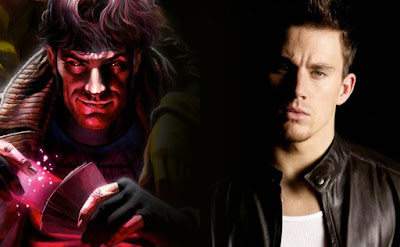 Next year, Channing Tatum will make his debut as the Cajun card player Gambit, although now his debut will be a little later than expected. Tatum confirmed that he won't appear in the X-Men universe until his solo film, Gambit, in late 2016. That means he won't appear in X-Men: Apocalypse, as previously assumed. On one hand, I would have liked to have seen him in Apocalypse, I am also glad that we won't see him until his solo film. That means he can be properly developed and built up in his own movie, without being crammed into the ensemble piece. You can read our article about Gambit's new director, Rupert Wyatt, here. 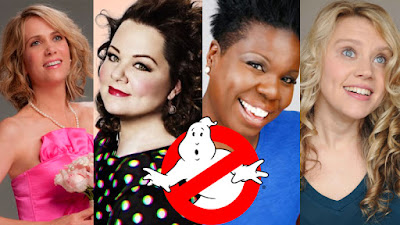 The Ghostbusters reboot is currently filming in Boston, covering as New York City, and now a whole batch of set pictures have been released, which you can see here courtesy of ComingSoon.net. The images feature Melissa McCarthy and Kristen Wiig (In a wig. I love irony), in seemingly normal clothes, but Kate McKinnon is wearing something else entirely. I love the design and the look of this movie so far. Honestly, it feels like classic Ghostbusters to me, and I am very excited to see where they go with this film. 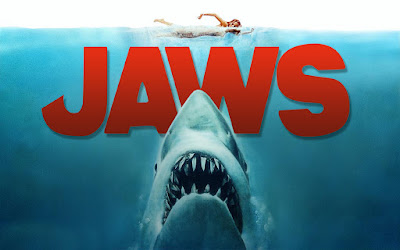 Today is Jaws' fortieth anniversary, as it was released in 1975, and the film will be going back to select theaters. You can look online to see where the movie will be playing. I don't think it's playing anywhere close to me, so I unfortunately won't get to see it, but I love this movie. Steven Spielberg did a masterful job creating this movie, and who could not love the John Williams theme? It still holds up today, and I just wanted to take a minute to recognize this fantastic film. 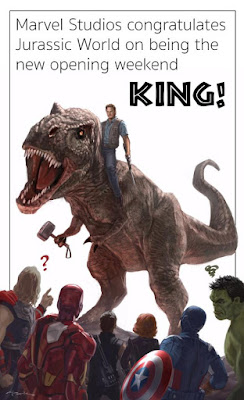 Marvel Studios president Kevin Feige tweeted this to congratulate
Jurassic World for taking the spot for biggest domestic opening
of all time from Marvel's film, The Avengers.

Arnold Schwarzenegger poses as the Terminator in
Madame Tussauds for charity, and it's hilarious.

A couple of guys scare the sh*t out of Chris Pratt, dressed
up in homemade dinosaur suits.

You think you know everything about Jurassic Park?
Here are some things you might not have known about the film,
courtesy of ScreenCrush.