This weekend, Ted 2 and Max opened in theaters. Let's take a look at this past weekend's box office.

In its third week, Jurassic World came in first place. There is just no stopping this movie. It has already crossed $1 billion, while also cracking $500 million domestically, beating out Avengers: Age of Ultron for highest domestic gross of the year. It's on its way to probably being one of the highest grossing films of the year, if not of all time. It's amazing what power nostalgia can have. It makes me legitimately scared of the damage Star Wars Episode VII: The Force Awakens can do. You can read our review of Jurassic World here.

In its second week, Inside Out came in second place. I finally got to see this movie last night, and I absolutely loved it. Since our other writer Rob already did a review for this film, I won't write an official one, but real quick-- I thought it was brilliant. The concept was incredible and it was very well executed. This is another stellar film from Pixar, worthy of being up there with the other greats. But as for its box office, it has been doing really well for Pixar. It may be opening in the second place each week, but that's mainly because of Jurassic World. Right now it's on track to be one of Pixar's highest grossing films. You can read our review of Inside Out here. 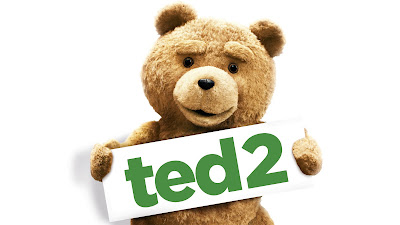 On its opening weekend, Ted 2 came in third place. Compared to Ted's box office success, the sequel hasn't been doing well. In its opening weekend, the original film made $54 million, about $20 million less than what Ted 2 opened to. It seems like the novelty of a bad-mouthed bear is wearing off, as well as Seth MacFarlane's brand of humor. While he may have had success with Ted, his second directorial effort, A Million Ways to Die in the West not only failed with critics and fans, but flopped at the box office. This doesn't give much assurance to the success of Ted 2. So while the original went on to become one of the highest grossing R rated comedies of all time, it looks like Ted 2 might get lost among the summer blockbusters. 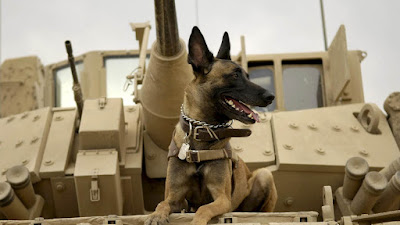 On its opening weekend, Max came in fourth place. I'm honestly surprised this movie made as much money as it did. I saw barely any TV spots or advertisement for this movie, and there wasn't really any hype going into this weekend. Maybe people thought they were catching a last showing of Mad Max: Fury Road before it left theaters. Who knows. But I wouldn't be surprised if this film was off the top 5 list by next week. At the very least it will be number five.

In its fourth week, Spy came in fifth place. Spy has refused to drop out of the top 5, sticking it out. It has almost grossed $90 million domestically, while having made $144 million worldwide. On a $65 million dollar budget, it has broken even and made some money for the studio. This box office success gives credit to director Paul Feig, who is ready to tackle Ghostbusters next. R-rated comedies can either flunk or fly, and it looks like this is one that has done well.

Next week, Terminator: Genisys and Magic Mike XXL open in theaters. This is a hard one to predict. I'm going to say that Terminator comes in first, with Magic Mike in second and Jurassic World in third.