Batman v. Superman: Dawn of Justice- New Images Give Us a Better Look at the Characters 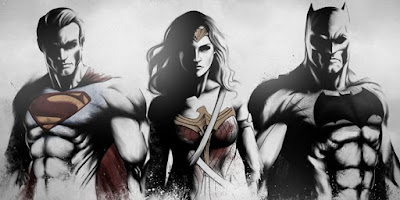 Batman v. Superman: Dawn of Justice has had a long but effective marketing strategy so far. They have released a picture here, a comment there, for over a year now, hyping up fans without over-saturating them with too much too soon. And as we get closer to the film's March release date, the marketing has been slowly increasing. We have gotten two trailers already, and dozens of images released strategically through big film and entertainment magazines. Now, we have some more. Batman v. Superman is the focus of the latest issue of Empire, with a couple new images of the World's Finest. The pictures aren't revolutionary, but they do reinforce the tone of the film, as well as giving us a better look at the characters.

You can see the images below: 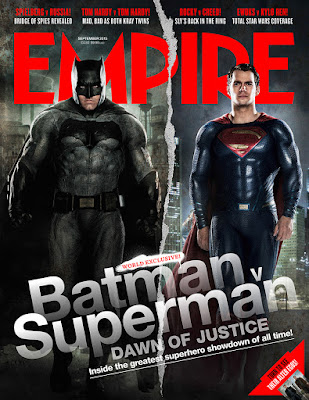 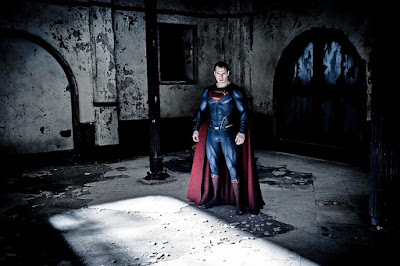 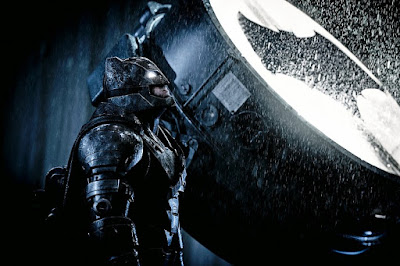 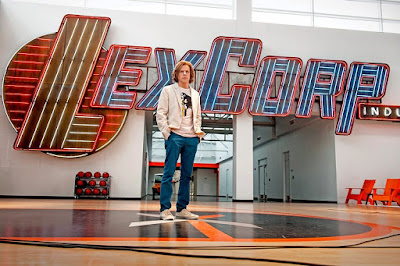 I like these images. My favorite has to be the one of Batman, because he simply looks so badass. It's a beautifully composited shot too, the light of the Batsignal played off of the rain, and the lighting of the shot. It's just a great image. The one of Superman is cool as well, but not in the same way as the Batman one. It doesn't leap off the screen for me. The picture of Lex Luthor is more interesting than cool. The picture shows Luthor standing in a LexCorp basketball court, which was something rumored early on. The rumor was that LexCorp's headquarters would resemble Apple in a way, with beanbags, tablets and yes, a basketball court. In the second trailer, we see a fight has broken out, with a pair of feet walking past a deflated ball amidst bullet shells. Unless Tom Brady has a cameo in the film, I think this image of Eisenberg is proof enough that that scene is at LexCorp. The question now becomes what the fight was, who it was and how it affects Luthor in the bigger picture of the film. You can read our analysis/breakdown of that trailer here. So while these images are cool to look at, and make me more excited for the film, they don't offer a whole lot of new things. But we're still nine months away from the movie.

What do you think? Do you like the new images? Are you looking forward to Batman v. Superman: Dawn of Justice? Leave your thoughts in the comments section below.