I am a big fan of Parks and Recreation, and part of what made that show so great was how fantastic Amy Poehler was. She is a comedic genius. I'm not as familiar with Tina Fey's work, but I love seeing the two of them together. They have done a great job hosting the Golden Globes the past few years. They play off each other and are probably one of the best comedic pairings right now. So when I heard several months ago that the two had a film coming out later this year where they played sisters and threw a giant party in their old home, I was immediately in. And now, we have our first trailer for Sisters.

As much as I am still looking forward to this movie, I did not like this trailer. I didn't find it funny, and a lot of the comedic moments were kind of reaching a bit. I was also disappointed with the look at the party, because I was expecting to see a lot of celebrity cameos at this party, but they all looked like extras. Maybe they're holding out on the cameos, but that really disappointed me regardless. Now, this movie is rated R, so it's important to keep in mind that this is only the greenband trailer. Many times an R rated film will have a greenband trailer that isn't very good and then a fantastic redband trailer, because you get to see a lot more of what the movie is about. So I'm going to wait until I see that redband trailer, because I think that will be a better indicator as to whether this film is be good or bad. 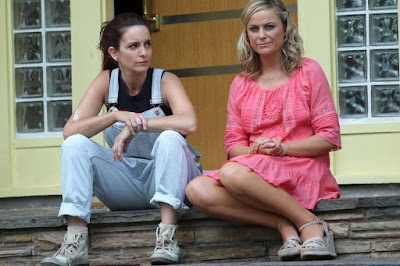 What do you think? Did you like the trailer for Sisters? Are you looking forward to the film? Leave your thoughts in the comments section below.