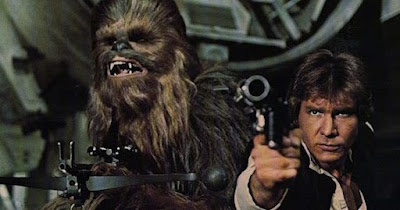 Ever since the announcement that we would be getting Star Wars spin-off films, one idea that has been rumored endlessly was a Han Solo prequel movie. However, there has never been anything from the studio to substantiate these rumors. Now, the playing field is a little bit different. It has been officially confirmed that the Star Wars Anthology film, scheduled for 2018, will in fact be a Han Solo prequel, directed by 21 Jump Street's Phil Lord and Chris Miller, and will be written by Lawrence Kasdan and his son Jon Kasdan.

The basic description of the film reads:

"The story focuses on how young Han Solo became the smuggler, thief and scoundrel whom Luke Skywalker and Obi-Wan Kenobi first encountered in the cantina at Mos Eisley."

On being able to direct the film, Lord and Miller said:

"This is the first film we've worked on that seems like a good idea to begin with. We promise to take risks, to give the audience a fresh experience, and we pledge ourselves to be faithful stewards of these characters who mean so much to us. This is a dream come true for us. And not the kind of dream where you're late for work and all your clothes are made of pudding, but the kind of dream where you get to make a film with some of the greatest characters ever, in a film franchise you've loved since before you can remember having dreams at all." 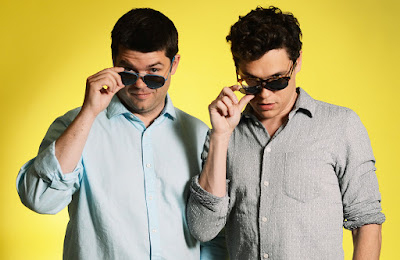 I'm mixed about prequel films. Sometimes they can be done very well (X-Men: First Class), but other times they just feel the need to explain things that don't need to be explained, and ruin the suspense of characters since you know their eventual paths. Like I said, sometimes it can be done well. So right now I'm hesitant about the movie as a concept. But damn do they have a great creative team working on it. From The LEGO Movie to 21 Jump Street, Lord and Miller have proven they can do all different ranges of films. What's interesting is that the directors have two other movies coming out in 2018 as well, with an animated Spider-Man movie and DC's The Flash. With the news of Han Solo coming in 2018, they will probably either drop out of one of these, or one will be pushed back. So while I'm not sold on the idea of a Han Solo prequel, I really like the team they've got working on it and I'm hoping for the best.

What do you think? Do you like the idea of a Han Solo prequel film? Are you glad that Phil Lord and Chris Miller are directing it? Leave your thoughts in the comments section below.