At last year's San Diego Comic Con, it was announced that a Skull Island, of the King Kong lore, was in the works. It isn't known, however, how this movie will play into the classic King Kong story. It is the belief right now that it will be a prequel, about the island, before the King Kong story. I think, however, that this may be the first of a two part story, telling the tale of Kong on the island, with another film about him in New York. But that's just speculation on my part. All we got from last year's Comic Con was the name. And since then, the film has added Tom Hiddleston, Michael Keaton and J.K. Simmons to the cast, changed from 2016 to March of 2017 and was renamed Kong: Skull Island. Well now one of those have changed.

It is being reported by Deadline that Keaton and Simmons will no longer be attached to the movie. According to the report, it is being said that scheduling is the reason for the exit. This would make some sense, since the production was recently pushed back several months, however, this is often the excuse to cover up larger issues. So right now Kong: Skull Island only has Hiddleston for the cast. With these two major actors leaving, we could expect some new casting news soon, maybe even this upcoming Comic Con? I guess we will have to see. But as for Keaton and Simmons leaving, I'm disappointed. They are fantastic actors, and I think they would have added a lot to the film. I guess now we'll just have to see who they get to replace them. 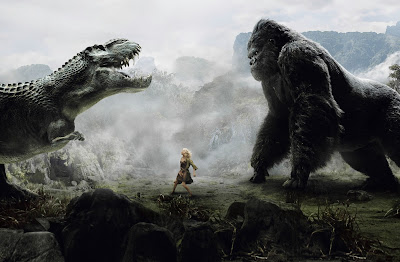 What do you think? Are you sad that Michael Keaton and J.K. Simmons are leaving Kong: Skull Island? Are you looking forward to the film? Leave your thoughts in the comments section below.