Me and Earl and the Dying Girl SPOILER-FREE Review 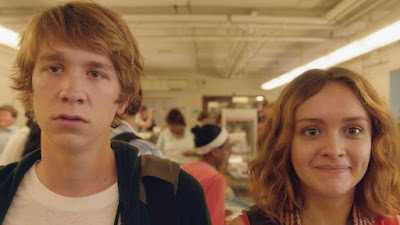 Death is a theme so prevalent in film today, yet only a handful of movies truly capture it correctly. Sure, you can watch an action flick like Die Hard where Bruce Willis guns down a bunch of guys and it's fun to just shove popcorn in your mouth and enjoy the bloody spectacle. But then there are films that show you the pure agony that death can have on people. How tragic death can really be. As a society, we hear statistics of deaths. Thirty people dead in an accident. Ten in a shooting. And to some, even to me at times, it's just a number. But there are some movies that remind you exactly why even one death is a loss beyond compare. And Me and Earl and the Dying Girl captures that with one girl diagnosed with leukemia, growing closer to death every single day.

Thomas Mann plays Greg, a high school senior who doesn't really fit in, doesn't think very highly of himself and is just trying to survive. He doesn't have many friends-- really only Earl (RJ Cyler), whom he doesn't even refer to as a friend but rather a "co-worker". The two spend their days watching classic, foreign and silent movies, being true cinephiles (I know it sounds wrong, but the term means a person who really likes movies). Together they make short films, parodies of classic movies, like "A Sockwork Orange". And as Greg is simply trying to survive high school life, dealing with college and whatnot, his mom (Connie Britton) tells him that a girl he hardly knows, Rachel (Olivia Cooke), has leukemia. She forces Greg to call Rachel and hang out with her, thinking that he could be good for her. Because he is forced, Greg calls her and the two begin a true friendship. 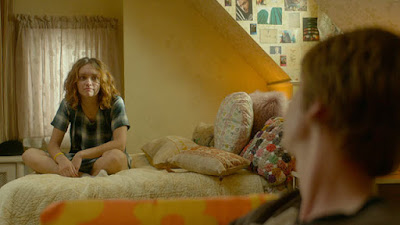 What put this movie over-the-top for me was the humor. The film had a lot of humor throughout, but it still had a very mature theme despite also having a lot of comedy. The movie also had a very unique style, employing some stop motion animation, which at first caught me by surprise but then engaged me. The movie is narrated by Mann, and the narration is used perfectly. Employed with fantastic camera shots and cinematography, this film looks fantastic. What I thought this movie did so well was that it didn't go down a traditional route of telling a love story between two teenagers-- it simply told a story. The film even went out of its way to tell you that it would not become the sappy romance movie you see traditional rom coms being. It wasn't about Greg and Rachel spending time together and falling in love. It was about a strong friendship that went through good times and bad times, which was stronger than a love story ever would have been. Part of that was because of the great chemistry between Cooke and Mann. They worked fantastically together in this movie.

But the highlight for me was RJ Cyler as Earl. Whenever he was on screen, he always had the best and funniest lines. While Mann did a fantastic job carrying the film with his own sense of humor, Cyler brought a new energy to the flow of the movie whenever he was on screen. Nick Offerman was also really good in the movie as Greg's father. Although, he was featured more heavily in the beginning with home-run comedy lines, and then kind of disappeared for the rest of the movie. I think the film could have benefited from having more of Offerman throughout the entirety of the movie. Jon Bernthal was also great as Greg's history teacher. He didn't have a huge part in the film, but he was great whenever he was on screen. 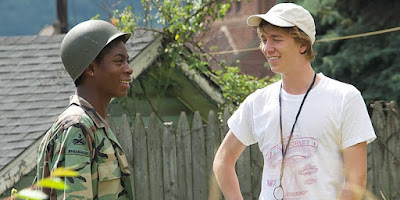 But what I thought this movie did best was that it gave a great commentary on death, as I mentioned earlier. When Rachel is diagnosed with cancer, she is flooded with people saying "I'm sorry" and giving her get-well cards. One specifically had a picture of a whale on it and said "Cancer blows". What this showed was how other people perceive death. They may feel pity for a moment and quick say their sympathies, but ultimately, this is this girl's life. This is what she has to live with for as long as she has left. And I thought that was the strongest message the movie sent. Rachel even says she doesn't want people taking pity on her, because it makes her feel worse. What ultimately makes her feel better is Greg treating her like a regular person, joking around and being a friend to her. This is all mainly due to the fantastic screenplay, written by Jesse Andrews, who also wrote the book this movie was based on. I thought the screenplay was the most outstanding part of the movie, and it shocked me that this was Andrew's only film credit. The direction by Alfonso Gomez-Rejon is also great.

Overall, Me and Earl and the Dying Girl works because it can be very funny while also maintaining a very mature theme. It gives great commentary on death and how society views and reacts to it. The screenplay is fantastic, allowing for a dynamic and original film. The performances are great as well, with RJ Cyler as Earl specifically standing out. The film's smartest choice was to not fall for the cookie-cutter romantic comedy, but instead told the story of a friendship, that ultimately worked better than the alternative would have. In the end, Me and Earl and the Dying Girl is a fantastic movie that is right now my favorite of the year. It truly reminded me why I really like smaller movies over giant blockbusters. 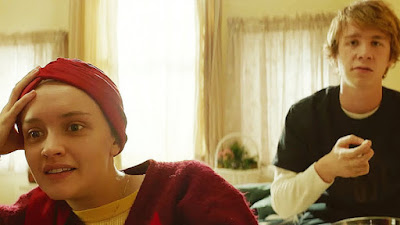 What do you think? Did you see Me and Earl and the Dying Girl? Did you like it? Leave your (spoiler-free) review in the comments section below.