My Problems With- The Wolverine (UNCUT EDITION) 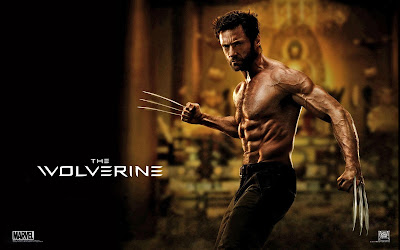 In this new editorial series, I take a film that has some controversy to it. Some people like it, some people don't and I look at it. I will break down my problems with the film. It should be noted that these will be movies that, overall, I did like but I have problems with it. I won't do movies that I hated entirely, because those articles would be way to long to express all my problems! It should also be noted that these articles will be loaded with SPOILERS for the movie, so read with discretion. So, with that said, let's get started.

I will be discussing my problems with The Wolverine Remember, there will be SPOILERS! Watch out! And also, make sure to check out my top 5 favorite moments from this film, which you can read about here. 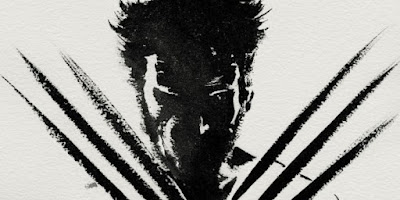 What I really like about The Wolverine is the fact that it is a smaller movie. It's not a large scale, end-of-the-world blockbuster, but a smaller, more personable film. It didn't feel the need to be a fast-paced, action flick. The problem is, though, the pacing is off. While I appreciate that the movie took time to develop characters instead of rushing in favor of the action, this felt too long and stretched out. The movie could have benefited from about ten minutes taken out of the second act. Scenes such as hiding in the family home or staying in the hotel seemed to drag on to the point where I was bored, and wanting more action.

The movie would be slow for thirty minutes and then rush for a three minute action scene and then slow back down. It was distracting having the pace switch on and off again, and they should have picked one. I would have preferred a faster pace throughout the film. If, after the funeral massacre, the pace picked up and it was more of a thriller, escaping the Japanese mob, I think then the movie would have been more interesting. But instead, we got prolonged dialogue scenes that just became boring after a while. If the movie was trimmed down a bit and a faster pace was added to the film, I think the experience of watching this movie would have been a lot more enjoyable. 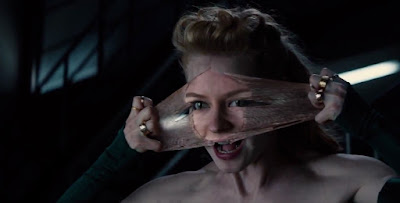 Something I praise this movie on is it's female presence. Yukio (Rila Fukushima) and Mariko (Tao Okamoto) are well developed characters, who are given a lot to do and are badass in their own ways. However, the film's other big female, Viper (Svetlana Khodchenkova), just wasn't. She was a glaring problem in the movie, as she was completely unnecessary. For the first two acts of the movie, Viper stands around and doesn't really do anything. She takes away Wolverine's (Hugh Jackman) immortality, but that could have been done by anyone, any other way. How she took away his immortality is another problem I have. So she makes out with him, releasing a Matrix-like probe into his body which attached to his heart, and that makes him mortal? That's the best thing the writers could come up with? There were so many better ways to handle that.

So Viper doesn't do much for the first two halves of the film. Then, by the third act, she begins to play a bigger role, as she is working with Harada (Will Yun Lee) and Yashida (Hal Yamanouchi) as the Silver Samurai. But even then she is useless. The extent of her mutant powers was by spitting acid on people. She fights Yukio and is killed within a few minutes. But the one thing that showed how bag she was in the film was when she began to shed her skin, pictured above. It had no significance to what was going on at all, and I said out loud "What the hell?". It was so out of place and unnecessary, that it just cemented my thoughts on the Viper character. She could have been entirely eliminated from the film and it would have worked better. She was an unnecessary mutant, and I think having Wolverine be the sole mutant would have made for a more interesting film.

While the pacing was off, I really enjoyed the first two acts. It was a smaller film, and wasn't over-the-top in any way. But the third act feels like it is out of a different movie altogether. Wolverine travels to a village to rescue the kidnapped Mariko, only to find Viper Harada have built a giant robot called the Silver Samurai. While the robot looked cool, he was not a fit at all for the film they had made. The Wolverine was small, and realistic (for a movie about a mutant). So to have the third act be Wolverine fighting a giant robot seemed very out of place. I already spoke about my thoughts on Viper, and it was in the third act that my thoughts about her were fully realized, because we see more of her and how useless she was.

After the fight between the Silver Samurai and Wolverine, it is revealed that this robot is actually a suit, holding Yashida. I do admit I was caught by the twist and didn't see it coming. But the next five minutes after that reveal was just plain stupid. First of all, Yashida says that he built the suit to keep him alive? If his plan was to use it to stay alive and not for fighting, then why is it a giant f*cking samurai with a giant f*cking sword? It didn't make sense. Yashida then says he plans to take Wolverine's immortality. So he cuts off Wolverine's adamantium claws and sticks tubes through the holes into Wolverine, and absorbs his immortality. First of all, they showed before that a tiny robot attached to his heart stopped his immortality. So how does he then do the same by sticking tubes through Wolverine's claws? What does that accomplish. If anything, it seems like that would be taking adamantium, not his immortality? And how do you even steal immortality? It's not a physical thing you can take? I understand the filmmakers wanted to take away one of Wolverine' abilities to make the plot more interesting, so I was okay with them medically suppressing his healing factor (but I didn't like the way they did it). But I don't buy into doing an immortality transfer via claw. It makes no sense and is just stupid.

So then we see Yashida becoming younger. So Mariko kills him. And then, suddenly, Wolverine gets all of his immortality back. I don't think, when transferring immortality between two people, if one dies the immortality goes back to the original person. That whole sequence just made no sense. And they never explained what the point of making Wolverine mortal was. Yashida wanted Wolverine's immortality, so why make him mortal and then send assassins to try and kill him? That just made no sense at all. Like I said before, the first two acts were really solid, but the third act kind of fell apart. 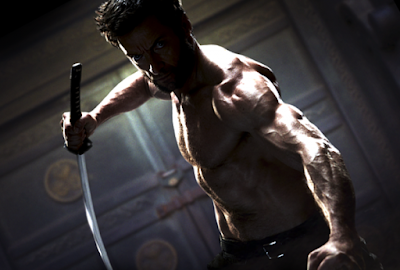 I liked how this movie was on a smaller scale. There wasn't end-of-the-world potential here, it was just Wolverine protected the daughter of a former business tycoon being hunted by assassins in Japan. It was a very different kind of comic book film, where the action was second to the story and drama. The movie also dealt with a lot of Wolverine's personal issues with himself through the creative plot device of Jean Grey (Famke Janssen). We got a look into Wolverine's mind through what she says to him. He doesn't think he can be quiet and happy. He thinks he is a savage animal that will always be alone. And the movie allows you to think about immortality. Would it be a good thing? Should Wolverine accept the offer and finally die, or should he continue to live out his endless life? These ideas and questions really contributed to the movie as a whole.

I also like that the movie cast all unknown, Japanese actors. They could have white-washed the movie, getting bigger Hollywood (and white) names to play these roles. But Fox was smart enough to seize this as an opportunity to bring in a lot of Japanese actors, who were unknown but talented. The movie also had a strong female presence, with Yukio and Mariko being important but different characters. And while the action is limited, when it does go down, it looks great. The ninja scene and the bullet train sequence stand out as being great action for a character like Wolverine.

Ultimately, The Wolverine isn't the next big Hollywood blockbuster, and the film benefits immensely from it. 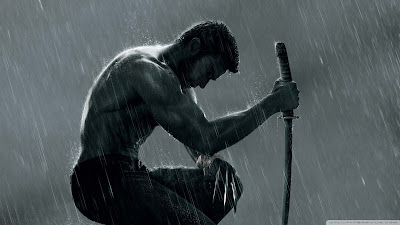 What do you think? Do you agree with my problems with The Wolverine? What were some of your problems with the movie? Leave your thoughts in the comments section below.