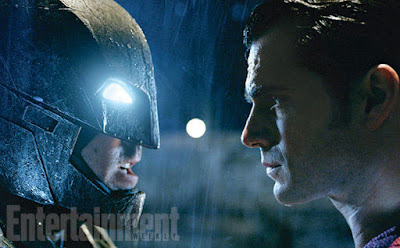 This year's San Diego Comic Con (SDCC) officially kicked off this weekend. The convention will feature panels from many different big movie releases, including Star Wars Episode VII: The Force Awakens, Deadpool, X-Men: Apocalypse and of course, Batman v. Superman: Dawn of Justice. While these panels will take place mainly on Friday and Saturday, the studios have stations all around the convention center. One of these is the DC table, which features model costumes of Batman (Ben Affleck), Superman (Henry Cavill) and Wonder Woman (Gal Gadot) from the film, as well as several of Batman's gadgets. You can see released pictures of this below: 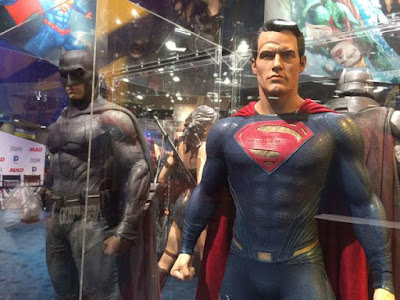 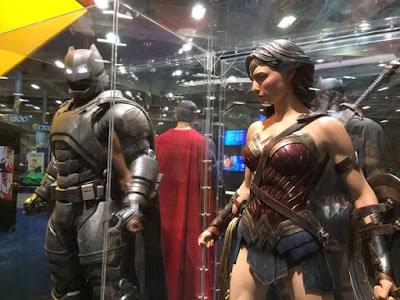 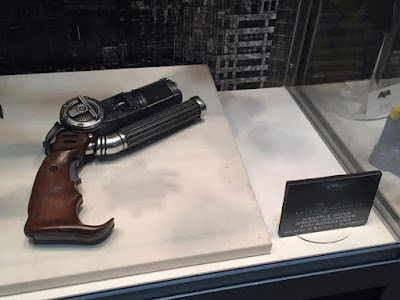 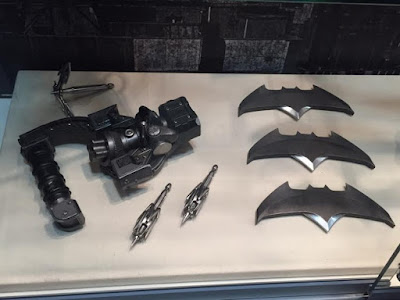 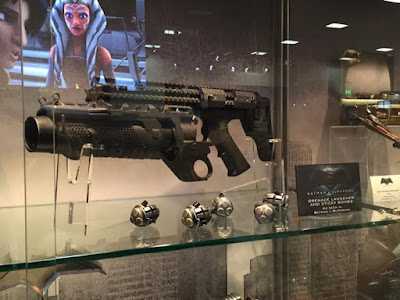 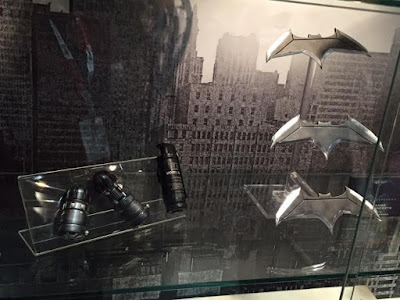 Other Batarangs and grenades 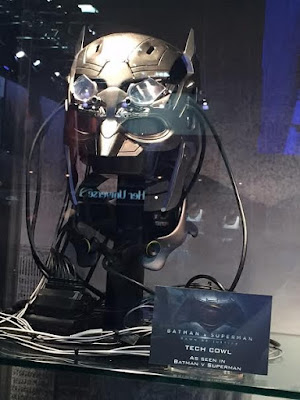 Overall, I think these are great. I still really like the costume designs of the big three. While I really like Batman's battle armor, I'm even more excited about his regular suit. I think it's the best Batsuit we've ever had on screen. The gadgets also look like classic Batman, with new badass Batarangs, a grenade launcher and a grapple gun. These gadgets are not radically different from ones we've seen in previous movies, but the designs look fantastic and really fit with this Batman v. Superman: Dawn of Justice universe. But I'm not sure how the tech cowl works into the film. Is it the regular cowl that Batman wears, and it just normally has a paintjob? I'm not sure, but it looks cool. That's the best word to describe these images: cool. I have been loving everything I've seen coming out of this movie, and I'm really hoping that it is a great film.

What do you think? Do you like the looks of the gadgets? Are you looking forward to Batman v. Superman: Dawn of Justice? Leave your thoughts in the comments section below.