One of the best trailers of last year, in my opinion, was the Batman v. Superman: Dawn of Justice first trailer. It was a perfect tease for the movie, setting up the world that this film is set in, while also giving us little hints and tastes to the characters of Superman (Henry Cavill) and Batman (Ben Affleck), and their inevitable showdown. But with San Diego Comic Con this weekend, there was a really good chance that we may get another trailer for the film. And holy f*ck did we get a trailer!

I will be getting into a more detailed look at the trailer with an analysis/breakdown of the trailer, which will be coming later, but I'll give my overall impressions in this article. This has to be one of the best trailers I have seen in a long time. It's almost perfect. Everyone complained about the end battle in Man of Steel, saying that it caused too much damage to go unchecked. To these people, I have always said that they missed the point, because the ramifications of that damage will be dealt with in this film. And through the opening court case, and the flashbacks to seeing Bruce Wayne caught in the battle and seeing on of his buildings be destroyed and dozens of his employees killed, we see how the ramifications will be played up. This trailer shows us exactly why Batman is going to think that Superman is a threat. Jeremy Irons is also fantastic in this trailer, and I think he is going to be a great Alfred. He has big shoes to fill, with Michael Caine playing the part brilliantly in The Dark Knight Trilogy, but I think he will be able to hold his own. 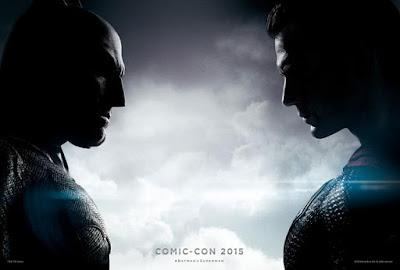 We also get to see Jesse Eisenberg as Lex Luthor. If I had to pick a weakness in the trailer, I would pick him because I didn't quite get what he was going for with the character. He seemed to be going for complete insanity, but it just didn't come off exactly right. I'm sure he'll be fine in the movie as a whole, but the way he was edited into the trailer didn't completely work for me. Gal Gadot looks badass as Wonder Woman! I'm still worried about her acting ability, since she hasn't done a lot of work. But she sure as hell looks the part. We also get a quick shot of the dead body of Man of Steel's villain General Zod, played by Michael Shannon. This gives legitimacy to the rumors that Luthor would use Zod's DNA to create the famous Superman villain Doomsday that Batman, Superman and Wonder Woman would have to face in the final act of the film. At this point, I'd be shocked if we didn't see Doomsday, since everything we've seen and heard from this movie so far points to that.

We also see a shot of the Batcave, with a Robin costume, pictured above. This is a reference to the famous Batman comic storyline in which the Joker (who is being played by Jared Leto in the DC Cinematic Universe) kidnaps Robin (Jason Todd, the second Robin, not Dick Grayson). He then beats him to death with a pipe, causing Batman eternal grief for not being able to save Jason. This then spawned into the Under the Red Hood story, in which Jason returned from the grave as the vigilante the Red Hood, who took to killing Gotham's criminals in order to make a point to Batman. There have been rumors that this story would be played up in Batman v. Superman (with a flashback scene of Leto's Joker killing Jason Todd), and that the Red Hood would become an important part of the Cinematic Universe. While this shot in the trailer doesn't confirm the Red Hood or the flashback scene, it does prove that Robin exists in this universe, and that a Robin (whether its Jason Todd or another) was killed by the Joker, and that Nightwing may even be apart of the universe. It also shows more of why Batman is so full of "rage", as Alfred says, and maybe even why he retired.

Overall, this trailer has a lot to talk about, which is why I will be going more in depth in an analysis/breakdown later. But it's a brilliant trailer that does everything it should do- it makes me f*cking excited! I can't wait to learn more information about this movie in the coming months and to eventually see it in March! 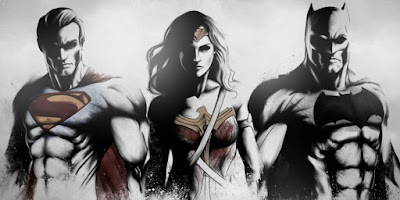 What do you think? Did you like the trailer for Batman v. Superman: Dawn of Justice? Are you looking forward to the film? Leave your thoughts in the comment section below.