For many comic book movie fans, Suicide Squad has been somewhat of a question mark. The film, directed by David Ayer, has an impressive cast including Will Smith (Deadshot), Margot Robbie (Harley Quinn), Jared Leto (the Joker), Viola Davis (Amanda Waller) and Cara Delvingne. But as to how the film would work was unknown. But the idea sounded great. Take the baddest of the bad and form them into Task Force X. And now that we have our first trailer, shown at San Diego Comic Con, we know more about this film.

The film will focus on Amanda Waller, who runs the program A.R.G.U.S., is enlisting criminals held up in Belle Reve prison into a "suicide squad", where they can try to do some good around the world. And if things go wrong, the criminals can be blamed and A.R.G.U.S. has zero accountability. Sounds like a great use of your tax dollars, right? In the trailer, we see shots of Smith, Robbie, Delvingne as well as Jai Courtney (Captain Boomerang) and Adewale Akinnuoye-Agbaje (Killer Croc). From the images we saw prior, I had hesitations about Croc and Harley Quinn. But seeing them in action in this trailer, I am no longer worried. They are touching up Croc with some CGI, so he looks a lot better and really fierce. Harley Quinn also looks awesome, and may end up being the highlight of the film. 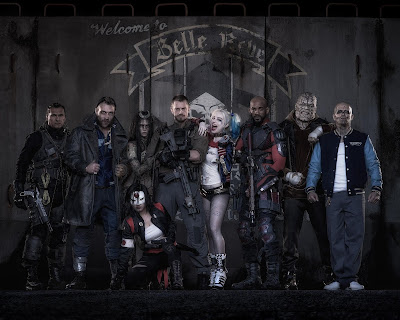 Stylistically, this trailer looks awesome. The combination of the haunting music and the camera angles were effective in creating a very creepy atmosphere. It just looked really, really good. And of course, we have to talk about the Joker. I was never one of these people against the look of Leto as the Joker. So I loved him in the trailer. My only issue is that his voice sounds an awful lot like Heath Ledger's Joker voice from The Dark Knight. Maybe it won't sound as similar in the film, but from the short clip of Leto in the trailer, it was very reminiscent in kind of a bad way. But overall, I thought the trailer was awesome and I'm very excited to see this film.

What do you think? Did you like the trailer for Suicide Squad? Are you looking forward to the film? Leave your thoughts in the comments section below.