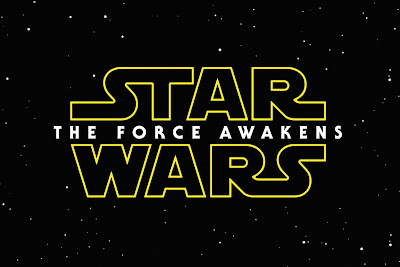 One of the biggest panels of San Diego Comic Con this year was the Star Wars panel, where we knew we would be getting news about Star Wars Episode VII: The Force Awakens, Star Wars Anthology: Rogue One, and maybe even some of the other upcoming films. The people at Disney and LucasFilm had already said that a trailer would be be shown, but rather a behind-the-scenes featurette would instead. And the panel was promised to be a fantastic experience. With all of that said, let's get into some of the news that was revealed at the panel!

There were some smaller stories revealed, such as that Star Wars Anthology: Rogue One would start filming in August and that we wouldn't get a new trailer for Star Wars Episode VII: The Force Awakens until the fall, which we covered in this week's installment of our "Nerd Round-Up" series, which you can read here. But there were also some casting updates revealed, such as conformation on who Adam Driver and Domhnall Gleeson will be playing, as well as confirming a certain actor as being apart of the film. 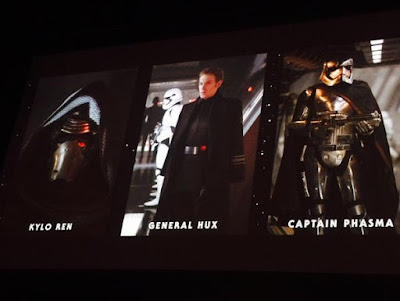 Driver was confirmed to be playing Kylo Ren, the main antagonist of The Force Awakens. At this point, this has been all but confirmed. From everything else we have heard and seen, everyone has been assuming that Driver would be playing Kylo Ren, so this doesn't come as much of a shock. The more interesting one is Gleeson, who was confirmed to be playing General Hux-- another villain in the film. It's not known how Hux will fit into the story, but Gleeson stated that the character is "quite evil". This makes four villains confirmed for the movie, in Driver's Kylo Ren, Gleeson's General Hux, Andy Serkis' Supreme Leader Snoke and Gwendoline Christie's Captain Phasma. That is a lot of villains for a single movie, but probably two of these are smaller roles that will be played out more in the subsequent sequels.

The featurette played at the panel has been put online, which you can watch below:

The biggest thing revealed in this featurette is that Simon Pegg will be in the film. Pegg worked with director J.J. Abrams in his two Star Trek films, and was rumored a long time ago to have a part in the movie. Well, now it seems that it's true. In the featurette, he is in costume as an alien. But it's possible he could have multiple roles- as an alien and in a live action role. But how Pegg fits into the film, whether as a serious part or as a cameo, is still unknown. But the other big thing to take away from this featurette is how serious the filmmakers are with using practical effects. This is such a relief to me, because I am a big advocate for using practical effects over CGI when one can. They are physically building sets and creating costumes for aliens rather than just using green screens and CGI (the prequels, anyone?). This featurette made me very excited and I can't wait to see the next trailer this fall. 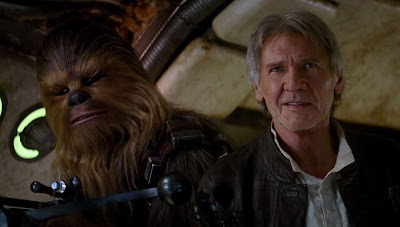 What do you think? Do you like that Adam Driver and Domhnall Gleeson are both playing villains in Star Wars Episode VII: The Force Awakens? What did you think of the featurette? Are you excited that Simon Pegg is in the film? Are you glad they are using more practical effects over CGI? Leave your thoughts in the comments section below.