A movie I have been really interested in seeing is Spectre. It is the 24th James Bond movie, and yet the franchise looks as fresh and as invigorating as ever. This new film reunites current Bond Daniel Craig with his Skyfall director Sam Mendes, as Bond hunts down the evil organization HYDRA... I mean SPECTRE. A teaser trailer came out for the film a little while ago, which I liked but wasn't blown away by. But now we have a new, full-length trailer for the movie, and it is awesome. I really like the look of the movie so far. It feels a lot like classic Bond, with the music and the production design. Christoph Waltz is playing the villain, which I think will be great. Waltz has a strong presence in this new trailer, stating "I am the author of all your pain", which I think is a fantastic line, by the way. Dave Bautista also plays one of Waltz's henchmen, and he looks like he is going to be menacing in this movie.

What the original teaser trailer lacked was the action, which this trailer delivers on. These action scenes look like they are going to be incredible. I was especially taken aback by the shot of the helicopter flying upside down. That was fantastic. They also hinted to the fight scene on the mountain, which we say a featurette about a few months ago. From the looks of this trailer, it seems like this movie is really coming together, even though they really rushed into filming this movie. They went into production early this year, and are gearing up for a November release. It was fast, something that worried me. But from the looks of this trailer, it seems like they've got things under control, and now I am even more excited to see this film. 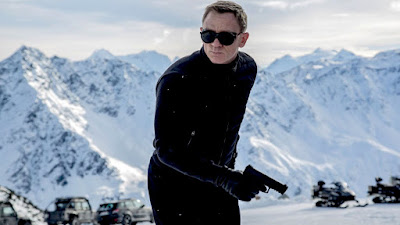 What do you think? Did you like the trailer for Spectre? Are you looking forward to the film? Leave your thoughts in the comments section below.