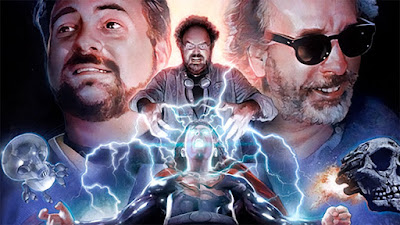 When you do some research online, it's amazing what you'll find about all of these abandoned comic book movies that just never came to fruition. There was a "Batman versus Superman" movie that was being developed in 2002. There was a Justice League film (called Justice League Mortal) in 2007 (which you can see concept art for here). But one of the more interesting ones was Superman Lives, which was a project set to be directed by Batman's Tim Burton, with Nicolas Cage as the Man of Steel. The film had three different drafts, written by Kevin Smith, Dan Gilroy and Wesley Strick. The movie would have had three villains- Doomsday, Brainiac and Lex Luthor, and would have focused on The Death of Superman comic event, where Doomsday killed Superman. The movie had a lot of concept art and test footage of Cage in costume, which is pictured below. 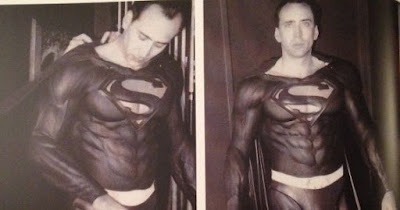 While I think this movie wouldn't have turned out so good, I am very excited to see a documentary on the abandoned film titled The Death of Superman Lives: What Happened, directed by Jon Schnepp. The documentary has interviews with Burton, Smith and others heavily involved in the production of the film, and answers ultimately why this movie fell apart. The documentary will be available to purchase on July 9th, which you can find more information about at tdoslwh.com. But the first ten minutes of the movie, with footage of Cage in costume and an interview with Kevin Smith, has been released online, which you can see below. Warning, there is language in the clip.

I am very interested in seeing the rest of the documentary, and I am excited to see what happened to Superman Lives.