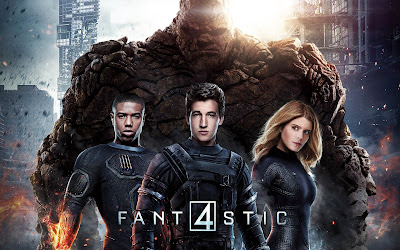 After Ant-Man opens this weekend, the next big comic book film release is The Fantastic Four in August. Yet, unlike many comic book films, it will not have a post-credits scene. Jaime Bell, who plays Ben Grimm/The Thing, confirmed that there would not be one so that the filmmakers could feel free to take subsequent films wherever they wanted. This makes sense to me. What would be worse than having a really awesome post-credits scene, and then completely ignoring it when making the sequel. Fox doesn't have the Fantastic Four planned out for years, like the Marvel Cinematic Universe, so not having a post-credits scene unless they are sure where they want to go with the story next makes a lot of sense. 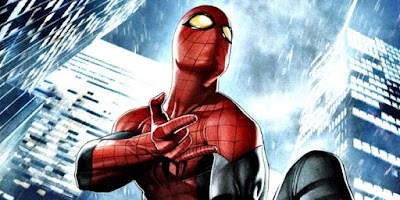 It is being reported that Vacation writers/directors John Francis Daley and Jonathan Goldstein will be writing the upcoming Spider-Man reboot, which already has Jon Watts set to direct, with Tom Holland as the lead. The duo, who also wrote Horrible Bosses 1 & 2 and The Incredible Burt Wonderstone, were in line to direct the film before Watts got the job. I'm really looking forward to Vacation, so I think it depends on how they did with that film. I'm glad their getting comedic writers for this film, as comedy is an important part of Spider-Man's character. So while I'm looking forward to seeing this, I think my excitement (or lack thereof) for Daley and Goldsetein writing depends upon how good Vacation is. 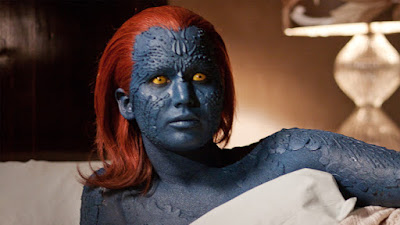 Jennifer Lawrence, who plays Mystique in the upcoming X-Men: Apocalypse, has been saying for a little while now that her third appearance as the shape-shifter will in fact be her last appearance. But now it seems Lawrence may be having a change of heart. She is saying she would be open to the possibility of returning. This makes me happy, because Lawrence has been fantastic as Mystique. While I liked the character, played by Rebecca Romijn, in the earlier X-Men films, she was never really a three-dimensional character- just Magneto's henchwoman. However, with an actress of Lawrence's caliber in the role, we have seen much more of Mystique and they have really fleshed her out more as a character. I would love to continue to see Lawrence in the role, so I hope they work out a new deal after Apocalypse. A mash-up of Star Wars and Mad Max: Fury Road

How Jurassic World should have ended,
courtesy of HISHE

Everything wrong with Guardians of the Galaxy,
courtesy of CinemaSins