This is the sixth installment of this new series where I basically take a movie and pick my personal five favorite scenes from that movie. Then, you can go into the comments and say why you either agree or disagree with me. For this article, I will be doing The Wolverine. Warning- there are spoilers! It should also be noted that these will be scenes from the Unrated, Extended cut on the Blu-Ray release, as opposed to the theatrical edition.

(Make sure to check out our other "Top 5 Favorite Moments From" for The Dark Knight Rises, The Matrix, Rise of the Planet of the Apes, The Avengers and The Shawshank Redemption- all right here) 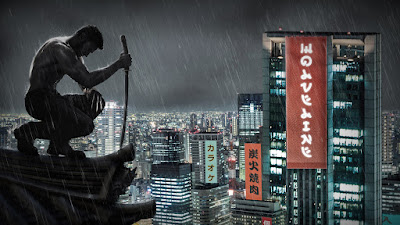 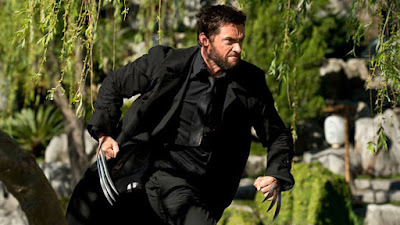 The man Wolverine (Hugh Jackman) once saved in World War II, Yashia (Hal Yamanouchi), has (seemingly) passed away, and a funeral is held for the business magnate. As Yashida's granddaughter, Mariko (Tao Okamoto), pays her respects, Wolverine can tell something isn't right. Suddenly, the Japanese mob breaks from the crowd, firing their guns into the air, and kidnapping Mariko. Wolverine grips his fists and *SNIKT*, he's ready to tear them a new one-- literally. Wolverine is shot and begins to bleed. But the bleeding doesn't stop. This is when Wolverine realizes that Viper (Svetlana Khodchenkova) has made him mortal. This was an aspect of the movie I found really interesting. Although we knew that Wolverine wasn't really going to die in this movie, it added some stakes to the film, because Wolverine could be hurt. He had to be more careful than he's been in the past, and it added more tension to the action scenes.

But this particular action scene is really well done. Wolverine is shot many times and, despite being mortal, doesn't go down at all. That was a bit of a stretch, but what was best about this funeral scene was the action. You get to just watch Wolverine tear through a bunch of bad guys, slicing and dicing. It's great to watch, because it's the type of fighting you want to see in a Wolverine movie. I wish the Unrated Cut had added a little bit more blood to this scene, because they had the freedom to put in whatever they wanted to. There was some more blood added than the theatrical edition, but not as much as I had thought (or hoped). But the scene still stands to be one of the most memorable parts of the film, and a great showcase of how to do action right with a character like Wolverine.

I don't know if this is cheating or not, but this scene is part of the movie, so I think it counts. The post credits scene for The Wolverine is one of my favorite post credits scenes. It sets up the idea of X-Men: Days of Future Past perfectly, and I say "idea" for a reason, which I'll explain in a moment. In the scene, it reads "Two years later" and Wolverine is in an airport. He is about to go through the metal detector when everything metal around him begins to vibrate. Wolverine quickly realizes what is going on and whips around but is frozen. There stands Magneto (Ian McKellen). Magneto says he needs Wolverine's help, and he is responded with "Why should I help you?". Then we see it. Everyone in the airport is frozen in place. Wolverine knows only one person who can do that. Then, Charles Xavier (Patrick Stewart) rolls in on his wheelchair, and says that there is a threat to the entirety of mutantkind, and they need Wolverine's help.

When you watch this before Days of Future Past, you sh*t your pants. Because in just a couple minutes, the stakes are risen and the tension is increased. You feel that something is going down, mainly because of Magneto and Professor X working together. Something beyond anything they've ever faced before must be happening, if these two would join forces. So this is a perfect set up for Days of Future Past, right? Well, when the Sentinels take over the world, it's eight years after this scene. The fact that so much time has passed kind of kills the momentum the post credits scene created. But despite that, the scene in of itself is fantastic. You have a suspenseful moment that yields the appearance of Magneto. You have to return of a fallen hero in Professor X. And you have the film leave off on such an intense note, that you can't wait for the next film. So while looking at everything in retrospect, the momentum and intensity of the scene is diminished a bit, but as a scene it is perfectly written, shot and presented in the film.

Trying to get away from the assassins hunting them down, Wolverine and Mariko board a bullet train. While riding, Wolverine steps into the bathroom to tend to his wounds, something he's never had to do in his entire life. And then he's ambushed. While the fight inside the train is cool and well done, the stand-out part of this scene is the fight on top of the train. A bullet train travels at 200mph, which makes for a visually spectacular,  high octane fight. Wolverine and the assassins leap into the air, flying back, trying to fight each other. It looks like something out of The Matrix! The filmmakers also added more tension to the scene by having billboards and signs pass by over the train, forcing Wolverine and the assassin to jump in the air to avoid a collision. And ultimately, that's how Wolverine wins the fight. He fakes a jump. The assassin jumps and gets crushed by the impact of hitting a sign.

What's great about this scene is that it's fast, with a lot of adrenaline. You can feel the wind whipping in your face. The stakes are higher because Wolverine is mortal. He is stabbed a couple times, and he is still hurt from his bullet wounds. He knows he can't just do something and not think of the consequences because he's mortal now. He needs to stop and think of a plan of action. And that's how he wins the fight. He doesn't just stab the enemy. He tricks the enemy. And this made the scene more interesting, and added more dimension to the character of Wolverine. 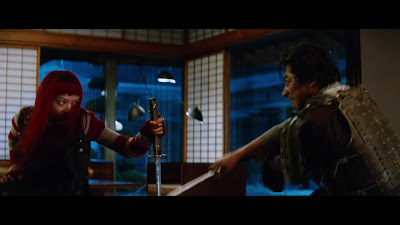 Wolverine knows what is causing him to be mortal. A tiny little machine is stuck to his heart, and he has to cut himself open and pull it out. While trying to do this, Shingen (Hiroyuki Sanada), tries to kill Wolverine. While Wolverine is weak, trying to pull the machine out, Yukio (Rila Fukushima) has to defend him and fight Shingen. This was a fight I didn't really remember from when I saw the film in theaters, but upon seeing it a second time, it really stood out. The choreography of the scene was excellent, and it was a great ninja sword fight. I really like Yukio in the film, and this scene showed she was a true badass. The film had set Shingen up as being a master swordsman. We see him training in the very beginning, and he is one of the best. Then Yukio comes in and holds her own against him.

It's an intense scene, with Wolverine writhing on the table as Shingen and Yukio fight around him. They leap over the table, clash swords right above his body. The intensity just keeps increasing in the scene until Wolverine seemingly dies. Then he comes back and kills Shingen. Again, what made this scene so cool for me was the fact that it was so unmemorable from my first viewing. I was watching this thinking "Wow, how come I didn't remember this? This is an awesome fight!". And it was. It's the best one-on-one fight in the film.

Bar Fight: After witnessing a group of hunters using illegal poison arrows to ruthlessly kill a bear, Wolverine hunts them down to a bar and threatens them into a fight, until Yukio shows up to finish it. Jean Grey: Wolverine's love of his life, Jean Grey (Famke Janssen), shows up periodically in his dreams to add a moral crisis. Can Wolverine lead a normal life, or is he simply a savage animal? Villain Reveal: The Silver Samurai is revealed to be Yashida the whole time. Even though it's pretty obvious watching it a second time, when I saw it in theaters, I was surprised. I didn't see it coming. World War II: The film opens to a World War II Japan, where the U.S. is dropping the atomic bomb, and Wolverine helps save the life of a young Yashida (Ken Yamamura) survive, kicking off the events in the film. 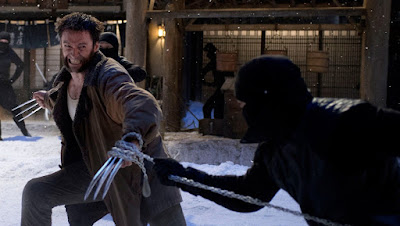 This was a scene that was teased in the trailers for The Wolverine, but ultimately cut from the theatrical release. This baffles me, because when seen in the Unrated Cut, it is the best part of the movie. Wolverine is on his way to rescue Mariko from Viper and Harada (Will Yun Lee), who have kidnapped her. While on his way to save her, a group of dozens of ninjas ambush him, resulting a fantastic battle between Wolverine and the ninjas. This scene is a bit gory at times for a PG-13 theatrical release, which may be why it was cut, but it is simply a spectacular scene. It's the kind of fighting you want to see in a Wolverine movie. Ninjas are riding off roofs on motorcycles, and Wolverine is ripping apart everyone. Yukio is driving a giant wood chipper, which is eating up ninjas and spraying out a mist of blood and gore. The scene goes on for several minutes, and it is just great to watch.

While I liked that they took away Wolverine's healing factor, I was glad that he had it back for this scene. Part of what makes Wolverine so cool is that anything can happen to him and he'll keep going. So ninjas are spearing him and cutting him, and he can take it and dish some more. The choreography in this scene was flawless, and it is just a really enjoyable scene. And, for course, Wolverine pulls out a cigar right before an explosion. It blows, killing a bunch of ninjas. Wolverine then walks out of the flames, the cigar lit. That was an awesome moment for the character. This scene was the reason why I wanted to see the Unrated Cut, and it definitely delivered. 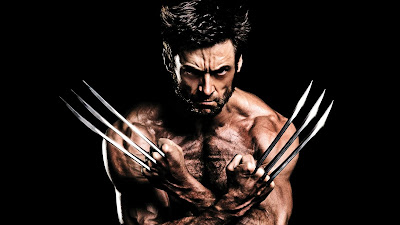 What do you think? Do you agree with my list? What are some of your favorite moments from The Wolverine? Leave your thoughts in the comments section below.