This weekend, Ant-Man and Trainwreck opened in theaters. Let's take a look at this past weekend's box office.

In its opening weekend, Ant-Man came in first place. I was thinking that the film would make more like $65 million, but $57 million is still a good amount of money. However, it is the second lowest opening for Marvel. In 2008, The Incredible Hulk made $55 million opening weekend. But it is the twelfth consecutive film for Marvel to open at number one. I think this movie will have legs at the box office, and will go on to make a fair amount of money at the box office. If Jurassic World can do the numbers it's doing, then sure as hell Ant-Man can make money. You can read our review for the film here. 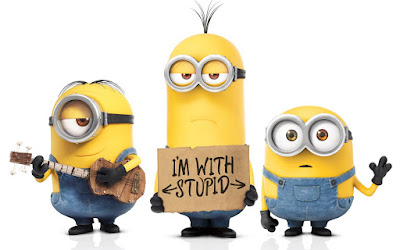 In its second week, Minions came in second place. While I thought that Ant-Man would come in first place, I was surprised by how much Minions dropped off by. Last week, it made $115 million, and now it's made $49 million. That is a significant drop off. It is probably because of all the negative reviews the film has been getting. Word of mouth can either help or hinder a film, depending upon what the word is. But I still think this movie is going to cross $1 billion at the box office. The Minions are a worldwide sensation, and everyone is obsessed with them. Regardless of how good or bad the movie is, this film will continue to make money. Keep in perspective, the Transformers movies crossed $1 billion. 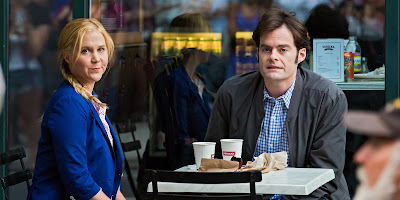 On its opening weekend, Trainwreck came in third place. For a smaller, R-rated comedy, this is a really good intake. Amy Schumer and Bill Hader are known names, but not A-listers. The fact that the movie has been getting such rave reviews probably contributed a lot to its opening weekend numbers. The question is how long it will continue to make money. It could very well get lost in the shuffle of all these big summer movies coming out. But I hope it doesn't. I have heard it is really good, and I want to see it. I hope it makes the money it seemingly deserves to make.

In its fifth week, Inside Out came in fourth place. The movie has taken a noticeable dive the past couple weeks due to the release of Minions, but it continues to hold its own at the box office. It is now making more than Jurassic World at the box office, which wasn't an easy feat to achieve. I think the film is stick around for a little while longer. It has gotten considerably better reviews than Minions, so it probably will continue to have a rewatchability factor. And it is a fantastic film. You can read our review for the film here.

In its sixth week, Jurassic World came in fifth place. It has taken a lot to knock down this giant, and yet it is still going. It is right now the fourth highest grossing film of all time, and will probably take The Avengers' spot for third place. This movie has been a monster at the box office, some no one truly expected to happen. But I think it will be out of the top 5 list next week. There are so many more movies coming out this summer, that I don't think there's much more momentum behind it. But it will probably hang around the number eight or nine spot and become the third highest grossing film of all time. You can read our review for the film here.

Next week, the Adam Sandler action/comedy Pixels, the Jake Gyllenhaal boxing drama Southpaw and the teen film Paper Towns open in theaters. I think Ant-Man will be number one again, with Pixels in second and Paper Towns in third.