This weekend, Minions and The Gallows opened in theaters. Let's take a look at this weekend's box office. 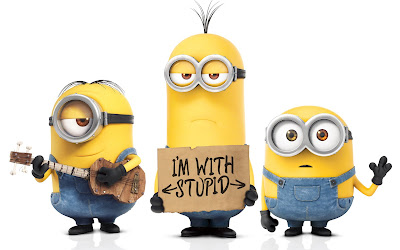 On its opening weekend, Minions came in first place. There was little doubt in my mind that this film would be a big hit. The last Despicable Me film made $970 million worldwide, on the verge of breaking $1 billion. I without a doubt think Minions will crack $1 billion dollars at the worldwide box office. I wrote a "Food for your Thought" article a little while ago saying that I thought Universal would make more money than Disney this year, and I said Minions was going to be a big part of that. You can read that article here. But overall, I think this film is going to make a lot of money!

In its fifth week, Jurassic World came in second place. Last week, I put out our "Weekly Box Office Round-Up" article when the estimates were out, as opposed to the exact numbers. After I published the article, Jurassic World went from being number one to number two, with Inside Out in the top spot. So technically, this is the second week Jurassic World has been at number two. But what's interesting is that this film pushed past Inside Out, despite being overthrown last week. It looks like it's a close war between the two films, and it's going to be interesting to see it play out. Especially considering Jurassic World right now is the fifth highest grossing movie of all time. You can read our review for the film here.

In its fourth week, Inside Out came in third place. Like I said above, last week the film ended up overtaking Jurassic World, but now it's fallen down behind it. This makes sense, since Inside Out and the new release of the week, Minions, are both animated kids films and attract the same audience. What's surprising to me is that Inside Out made as much money as it did. It's doing incredibly well, having made $283 million at the domestic box office. I think Inside Out and Jurassic World will continue to struggle with each other over the next few weeks as both their box office intakes begin to die down. You can read our review for the film here.

In its second week, Terminator: Genisys came in fourth place. The film has been doing poorly at the box office. It has made $68 million domestically, on a budget over $150 million dollars. It seems like the spoiler-filled trailers really turned people off, as well as the harshly negative critical and fan reviews. I don't think the film has much longer in the top 5. It will probably be number five next week and then drop out of the top 5. People just aren't interested in this film. You can read our "In Preparation For" reviews of The Terminator and Terminator 2: Judgment Day here. 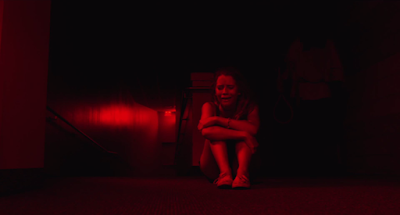 In its opening weekend, The Gallows came in fifth place. Low budget horror films always do decent for themselves at the box office because they are just that-- low budget. A movie like The Gallows is inexpensive to make, and it can make a good amount at the box office. It's easy money for the studio. However, The Gallows isn't going to overtake Avatar or anything. I'm sure it will be off the top 5 list next week, and will slowly die off. That's what most horror films do these days. But we'll have to wait and see.

Next week, the Marvel film Ant-Man and the Amy Schumer comedy Trainwreck open in theaters. I think Ant-Man will be number one, with Minions in second and Trainwreck in third.