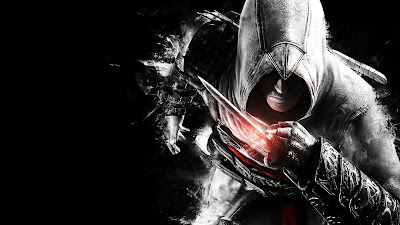 One movie coming out soon that I am very interested in is Assassin's Creed, starring Michael Fassbender. The film will be one of a couple video game adaptations (the other being Warcraft) that are crucial to the future of the genre. Plus, Assassin's Creed is a video game I really like. I have been on board with this film since its inception, and I grew even more excited with the casting of Fassbender, who is one of the best in the business right now. It will reunite him with his Macbeth director Justin Kurzel and co-star Marion Cotillard. Right now the film has a 2016 release date (which may very well change), so some movement had to begin soon with this film. And now it seems some has.

Yahoo Movies did an exclusive on the movie, revealing some interesting information as well as our first look at Fassbender in costume. Fassbender's character will not be from the video games, and is named Callum Lynch. Yahoo stated this as the description of the film:

"Lynch discovers he is a descendant of the secret Assassins society through unlocked genetic memories that allow him to relive the adventures of his ancestor, Aguilar, in 15th Century Spain. After gaining incredible knowledge and skills, he's poised to take on the oppressive Knights Templar in the present day."

This description seems to be the same storyline of the video game, just with new characters. I am very interested to see how this all comes together, and we could be looking at the start of a new renaissance of video game movie adaptations, if this and Warcraft knock it out of the park. Assassin's Creed is in the best position to turn into a hit film franchise, and I really hope the filmmakers get this movie right. With the failure of Hitman: Agent 47, a film I said for a long time could have been the first good video game movie adaptation, I am both nervous and excited for Assassin's Creed and Warcraft, and I hope they are good.

The official image of Fassbender in costume is pictured below: 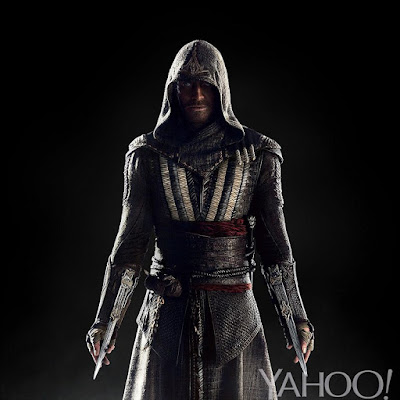 When I first saw this image, I thought someone has photoshopped Fassbender's face onto one of the video game characters. It still looks photoshopped to me, but putting that aside, I really like it. The costume looks right out of the video game, and this Callum Lynch character looks awesome and badass. The hidden blades on his wrists were my favorite weapons in the video game, so I am very glad that they kept those in there. Overall, this picture is a faithful adaptation of the game, and I hope the movie is equally so.